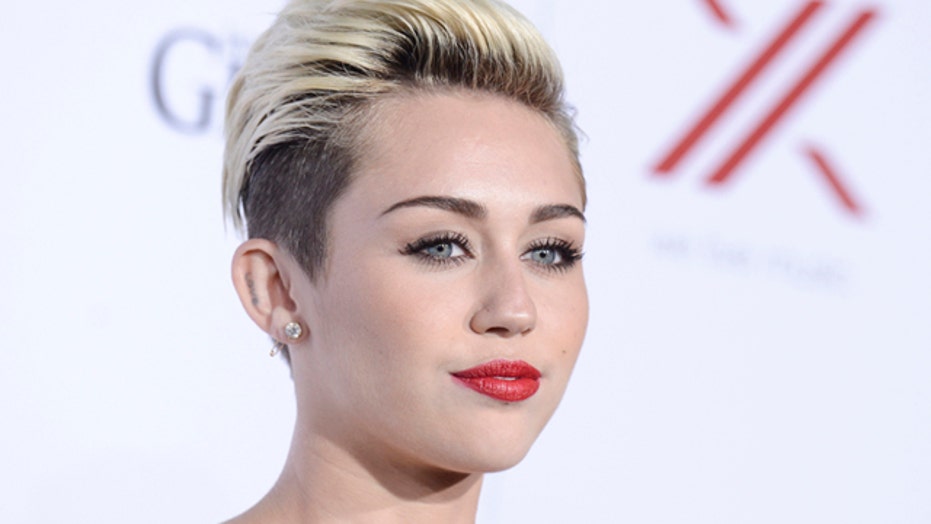 Four4Four: Miley's always-hot Instagram is on fire ahead of her VMA hosting gig; plus: talking WAGS and nude photoshoots

"Yes, that is a tear rolling down my cheek..." Miley Cyrus wrote alongside a picture of Donald Trump.

Safe to say, Cyrus is not pleased with the prospect of seeing Trump as the next President of the United States.

"Honestly, f--k this s--t," she posted on Instagram on Wednesday. "I am moving if this is my president! I don't say things I don't mean!"

READ: Who Celebs Are Rooting for to Be the Next POTUS

Now, the 23-year-old singer appears to be outraged over the support Trump has received from avid hunters -- female hunters, specifically.

"This makes me so unbelievable scared and sad," she captioned one image of a woman hoisting up an animal that appears to have been shot. "Not only for our country but for animals that I love more than anything in this world.... My heart is broken into a 100000 pieces ..... I think I may vomit .... That picture on the right is so disturbing.... YOU are not destiny! It is not your job to decide when a living things life is over .... & YOU DT ARE NOT GOD NO MATTER HOW MUCH YOU THINK YOU ARE!!! (& if he doesn't think he is ‘God’ he thinks he is the f--king chosen one or some s--t! We're all just f--king jam between his rich a-- toes!"

"I'm gonna puke," Cyrus captioned the image. "This is what our future looks like with DT."

In a final post, Cyrus lambastes an "evil" woman for posing next to a service dog while wearing what appears to be a fur vest, and for posing with a big smile while holding up a dead deer.

"Are you f--king kidding me?!?!?! You ask to pet the f--king puppy (while wearing his cousins) but you'll go take that Angels life without permission (or did you ask before blowing his beautiful brains out) and call it a f--king birthday present! You know who's NOT a sweet girl? YOU! You are evil!"

It seems as though Cyrus' loyalties lie with Democratic candidate Bernie Sanders. Earlier this week, she posted a photo of Sanders smiling with Cyrus' friend and frequent collaborator, Wayne Coyne.