Olympic medalist Michael Phelps said he contemplated suicide and isolated himself from loved ones during the height of his depression in 2014.

In a new interview with "Today," the Olympic athlete opened up about his struggle with depression and how he hit an all-time low in October of 2014 after he was arrested for his second DUI.

"For me, I was so down on myself, I didn't have any self-love, quite honestly I didn't want to be alive," Phelps said. "It was a really, really crazy time."

The athlete, who has struggled with depression for years, also admitted that he shut himself away from his friends and family, which is when he realized he had hit his low point.

"I didn't want to see anybody because I saw myself as letting so many people down, and myself in particular, and that's hard to carry," he explained. "For me, that's what changed my life, I never asked for help in my career and that's the first time I did that. I was on my knees and crying for help and I'm lucky to be able to sit down with a therapist and chat and open up."

Phelps, who holds the record for being the most-decorated Olympian of all time with a whopping 28 medals, 23 of them being gold, explained that as an athlete, he was always taught to be and appear strong. Due to that, he became good at hiding his unhappiness and admitted that he was battling depression throughout his shinning career. And though he found it to be "challenging," he said he eventually "found a way through it."

“I finally realized I can ask for help and it’s OK not to be OK and, for me, that’s what changed my life,” he said.

Michael Phelps, fiance Nicole Johnson and baby Boomer during the swimming competitions at the 2016 Summer Olympics. (Copyright 2016 The Associated Press.)

After dominating the 2016 Rio Olympics, winning five gold medals and defeating his rival Chad le Clos in the 200m butterfly, which he had lost to him in 2012, the swimmer announced his official retirement and decided to dedicate his new life to becoming an advocate for mental health issues as well as a devoted father to his two sons with wife, Nicole Johnson.

Phelps has also recently teamed up with Talkspace, a smartphone app that provides easy access to 24-hour therapists for those in need.

When asked if the Olympic swimmer missed the sport, Phelps said he did "at times," but "could never see" himself getting back in. 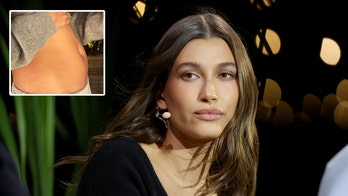