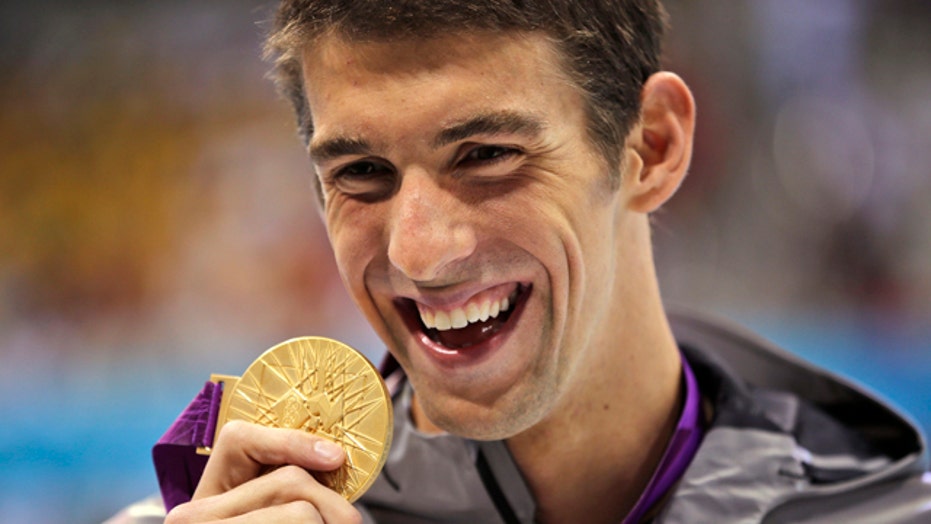 Jim Gray: Move for the love of competition

Michael Phelps, the most decorated Olympian in history with 28 medals to his name, announced his retirement in 2016 at the age of 31. However, the prized swimmer hasn’t slowed down one bit.

Not only is Phelps enjoying life with his wife, beauty queen Nicole Johnson, but the couple are also new parents to a now 11-month-old boy name Boomer.

Phelps told us that even before he became a father and husband he was considering leaving swimming behind.

“In 2012 I wanted to be done and I just wanted to be away from the sport and from everything else. That’s why I chose to retire,” Phelps explained to Fox News, referencing his first retirement at age 27.

This time around, however, the time was right.

“After spending time away from the sport, I realized that maybe I wasn’t completely done… What if I looked back and said, ‘Damn, I really wished I would have gone one more and really see what I had in me and be able to finish on my terms?'" he added. "I think that’s why this time around it was so enjoyable for me because I did it the way I wanted to… For me, it was the best way to close a career."

So is he really done for good this time? “Yes,” he said simply.

“I was swimming the other day and I was saying to myself, ‘Wow, I did this for 20 years. I don’t miss competing right now,’” he explained. “I think the hardest part was really after the games, just trying to find out where I was going to focus my energy on next… Making that transition was difficult, but I was able to have some goals that I wanted to accomplish.”

Phelps has found his way. He teamed up with Colgate to become a Global Ambassador for their “Save Water” program, which serves to raise awareness on the importance of conserving water. He plans to introduce three short-form documentaries this summer to highlight water conservation issues in the country.

“There are so many little things that you can do that people don’t realize is a big help,” he said. “And hopefully, this can start something where we have people hop on board with us and help to conserve as much water as we can. It’s a resource that we use every day and sometimes we take it for granted. There are people that don’t have the privilege of clean water every day. And there are people all over the world who are wasting gallons of water per day. It’s just something so simple to do and so easy.”

Phelps said his son has kept him motivated to raise awareness.

“We’re very lucky to have a healthy baby boy who is always smiling, always happy and outgoing,” he said. “It’s something that’s so new to Nicole and I and we’re going through this journey of trying to be the best parents that we could be, and I think we’re doing a good job. But it’s obviously challenging when you don’t really know what to do or where to go during certain times… Some of it is trial and error."

"We’re going on 10 years this year that we’ve known each other and been together. It’s pretty amazing to add a child into the mix. We’re so lucky and fortunate to have an absolutely ridiculous, amazing, happy, fun time all the time with him.”

Phelps said he hopes to take some time in the future to develop a closer bond with his father, whom he reconnected with in 2016.

“There are some things that I remember, good things and bad things about childhood and growing up,” admitted Phelps. “Being able to rekindle things with my father and being able to have a relationship was something that I was looking forward to for a long time. And I’m glad that we were able to move past some of our differences that we had and grow together and try to build on that friendship.”

Phelps’ father has since gotten the chance to meet Boomer and become a part of his life. And now, everything Phelps is working on now is to ensure that the future stays bright, especially for his blossoming family.

“Nicole and I will work on things together to make sure that Booms has all the best opportunities that he can have and be able to be the best kid he can be."