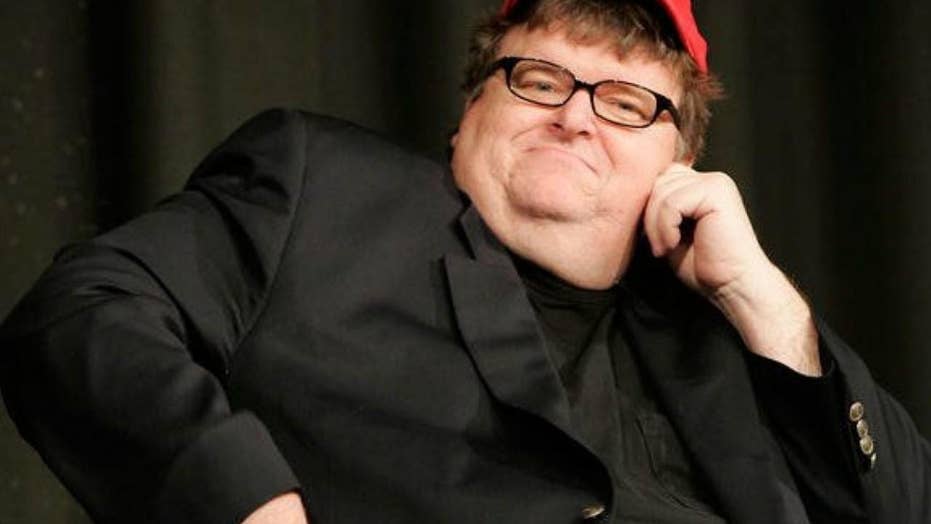 Liberal filmmaker Michael Moore appeared on MSNBC’s “The Last Word” on Thursday night to declare that the 2017 GOP tax cut was an “act of terror” and that he’s “frightened for the country.”

Moore, an outspoken critic of President Trump, mocked Republican lawmakers for lacking the courage to stand up to the president with a potential government shutdown looming. Moore said that Trump’s 2017 tax cut only helped “the top .1 percent” of Americans, but the people benefiting need to turn on the president.

“When will they decide he’s got to go? That will be the interesting moment,” Moore said. “Nobody has had the courage to stand up and say this is this is un-American. This hurts this country.”

The filmmaker then said the tax cut is “in a sense, an act of terror,” because it’s going to make life more difficult for people who are already struggling and even blamed America’s opioid crisis on the tax cut.

“What are they going to do? And to alleviate their pain, how many more of those opioid drugs are they going to need? What will happen with our children in their inadequate schools, you know, the air they’re breathing, the climate change they don’t believe in, all of that,” Moore said.

MSNBC host Ali Velshi agreed that the opioid crisis is “an economic outcome” before Moore turned his attention to the upcoming retirement of Secretary of Defense James Mattis.

“I was just watching the stuff with Mattis… I think maybe this is the first time I’ve actually been frightened for the country – frightened – in these almost two years,” Moore said.

Velshi implied that Mattis was the “adult in the room” for many major decisions but Moore claimed he doesn’t like that term.

Moore fired back, “I’ve often said, the only question we have about Trump is, do we try him as an adult?”

Moore then complained that Cabinet members who would have voted to remove Trump from office on the 25th Amendment are now gone.

“Trump is going to put in the person that agrees with him and is gonna be his dog,” Moore said. “We have an autocrat in the White House.”

Moore went on the claim that once Mattis is gone, we’re closer to Trump being able to single-handedly start a war.

“We’re going to have a defense secretary who is gonna go, ‘Yes boss,’” Moore said. “That makes it dangerous for all of us.”