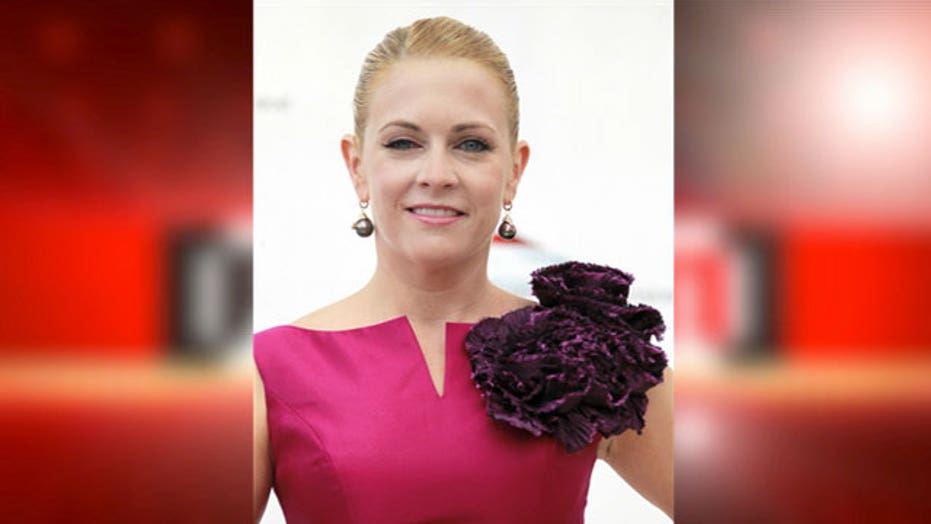 Melissa Joan Hart: I’m not the only Republican in Hollywood

Melissa Joan Hart is that rare Hollywood actress who has appeared in three hit shows. She starred as a sharp-witted teen in “Clarissa Explains All,” went on to star in “Sabrina, the Teenage Witch,” and can currently be seen in the ABC Family hit, “Melissa and Joey.” The Long Island native also has a book out called, “Melissa Explains All.” It's a deeply honest, funny and sometimes naughty look back at her life. The mom of three boys explained it all to FOX411.

FOX411: We love the story of you proudly announcing on the “Sabrina” set that you voted for [Bob] Dole and your co-stars being horrified.
Melissa Joan Hart: Yeah there were some jaws dropping on the set that day. These days I find more [Republicans] in Hollywood and I love having a healthy debate with anyone. Nobody's one way or the other. I feel that unfortunately in this country there are only two parties. I wish there were more because nobody fits into one or the other.

FOX411: Do you feel like there are more Republicans in Hollywood now?
Hart: There's definitely been some fellowship which is nice. On “Sabrina” when that happened I was pulled aside by the Republicans on the set. I was able to discuss it in a safe environment. These days I'm pretty much surrounded by Republicans at work. It's made it a little easier but I love talking to my Democrat friends about how they see things.

FOX411: Your book is subtitled, “Tales from My Abnormally Normal Life.” Why?
Hart: The number one reason I wrote this book is because I kept getting that question, “How did you end up so normal?” I really do feel I have this life of a normal person with extraordinary circumstances. I kept getting that question and I thought, “Let me just write down my reasons.” It's too long an answer to give to Kathie Lee in 30 seconds. I'll write down why I think I am the way I am and didn't take a bad road, that it is possible.

FOX411: You wrote very honestly about the drugs you experimented with.
Hart: Yeah I definitely experimented and messed around. I didn't want to leave that out. There is one chapter where I threw in all of my crazy days and told all my secrets. While I was writing that chapter I was sweating, I was nervous about exposing all that stuff that I had pretty much gotten away with in the public eye. My husband was curious about why I would write it. He said, “You got away with it in the day and now you're telling everyone?”

FOX411: But it makes you human.
Hart: I think so, those are my mistakes. Not necessarily my mistakes, but I grew, I learned from them. They were lessons learned. I feel like I came out the other side okay with a healthy, strong family, a strong marriage and a good career. I feel very blessed and those things didn't add up to who I am, they're just things I did along the way.

FOX411: You couldn't get away with that behavior now.
Hart: Definitely. The problem now, more so than TMZ, is I feel like teenagers are always wanting to tell too much and thinking that every little thought they have, everything they think and want to say is important and worth putting out there on social media. I definitely would have exposed myself. I didn't get to post a bunch of ridiculous stuff that would have followed me for the rest of my life. I feel bad for these kids because there's all these ways to be in touch with fans but there's so many ways... You know it takes the mystery out of Hollywood. I think a lot of fans actually want to feel attached to the person but they also want a little mystery.

FOX411: You write about feeling awkward as a teen.
Hart: I went through my junior high days feeling left out. All those normal teenage angst things that teens feel, whether they're real or not, feeling like a dork, like I didn't fit in. That's also why I loved being on set. If I was on a set and did a good job and having fun nobody cared what I wore. The adults didn't care; I always preferred hanging out with adults because they made me feel like I could be myself. For many years I had a hard time around peers, I got very flustered. That's kind of changed now.

FOX411: You moved your family to Connecticut.
Hart: I love my life here. I really get to escape Hollywood. I come to L.A and I work my butt off and then go home and be a mom. I'm not even near Hollywood so if they want me to come to an event or do a press thing I can't do it. It gives me an excuse to say no.

FOX411: Your mom was your manager and still works closely with you.
Hart: The thing is she's always been mom first. That's always the priority in our relationship. They called her dragon lady at Nickelodeon. Yes, she was a stage mom but not because she was living vicariously through me. I feel like some of these moms now, they obviously want to be famous; they're showing up at parties looking hot. It was because she was a protective mother and there's nothing wrong with that. They wanted to put mascara and full makeup on me when I was 14. She said, “Absolutely not! You're not plucking her eyebrows or putting mascara on.”

FOX411: MTV offered you “The Newlyweds” show before Jessica Simpson and Nick Lachey.
Hart: Yeah I remember my mom saying, “I don't think we should do it. We should do it ourselves, control it, edit it ourselves, so they can't make a mockery of your marriage.” It was probably one of the smartest things she ever did. Who knows if Mark and I would have survived that first year when someone else is doing it and trying to pull out drama and talking to you about problems in your marriage. The first year is already hard enough.