Megyn Kelly hit back at Jane Fonda after the actress told Variety over the weekend she would only appear on Kelly's show again 'if she comes around and learns her stuff.'

NBC News is scrambling days after Megyn Kelly's remarkable denunciation of Hollywood icon Jane Fonda, with blame flying around 30 Rockefeller Plaza over who allowed the spat between stars to escalate so dramatically.

Fox News has learned that powerful NBC News Chairman Andy Lack was furious that his deputy, Noah Oppenheim, was in North Korea when Kelly went live on air and savaged Fonda.

Kelly used her "Today" show platform on Monday to blast Fonda for continuing to bring up September's cringe-worthy moment when Kelly, 47, asked Fonda, 80, about her plastic surgery. NBC News executives knew in advance that Kelly was going to denounce Fonda, according to multiple reports. But senior executives apparently did not review Kelly's script, which The Hollywood Reporter says Kelly wrote herself over the weekend.

It would have been hard for Oppenheim, the president of NBC News who oversees Kelly's troubled hour of "Today," to review Kelly's script as he was in North Korea with "Nightly News" anchor Lester Holt. North Korean state media reported that Oppenheim and his retinue arrived on Saturday, when Kelly was presumably still preparing her harangue.

Jane Fonda has frequently criticized Megyn Kelly for asking her about plastic surgery back in September. (2017 NBCUniversal Media, LLC.)

"There was no meaningful executive review of Megyn's script," said an NBC insider. "She went rogue."

Kelly -- apparently stung by Fonda's comments to Variety that she was "not that good an interviewer" – decided to address what she called Fonda's "poor me" routine. She called Fonda “a woman whose name is synonymous with outrage” and said many veterans of the Vietnam War still refer to her as "Hanoi Jane," recalling Fonda's disastrous trip to North Vietnam in 1972 when she was photographed on an anti-aircraft gun used to shoot down American pilots. Fonda has long since apologized for the incident.

What resulted was a flurry of criticism directed at Kelly from a myriad of celebrities and journalists, including women on ABC’s “The View,” CNN’s Bill Weir and talk show host Wendy Williams. 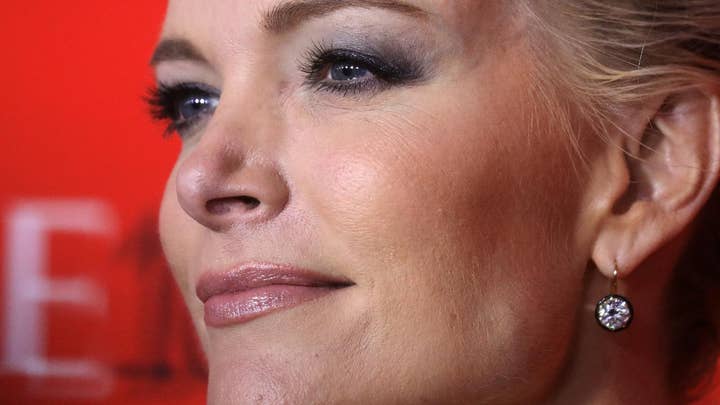 Multiple publications, including The Hollywood Reporter, the New York Post and the Mail Online also reported that NBC News talent and staff were "stunned" by Kelly's attacks on Fonda.

Other observers rushed to Kelly's defense.

“Most of the time, we see ‘Bubbly Morning Show Host’ Kelly on her NBC show. However, every so often we see the classic ‘Confrontational’ Kelly,” Mediaite columnist Joseph Wulfsohn wrote. “It’s ’Confrontational’ Kelly where we as viewers are exposed to her raw emotion, honesty, and above all, authenticity -- traits that catapulted her career in the first place.”

“Megyn Kelly's attacks on Jane Fonda were fair, but the backlash she's getting shows how she's still awkward in her shift from cable news slayer to whatever her new program is trying to be,” Washington Examiner media analyst Eddie Scarry told Fox News.

Kelly's televised attack on Fonda was carefully prepared, with her producers airing stills of a young Jane Fonda peering through the sights of an anti-aircraft gun when Kelly mentioned the notorious epithet "Hanoi Jane." NBC also dug up various clips of Fonda discussing plastic surgery on other talk shows.

Fox News has been told that Lack's rage with Oppenheim for not being stateside to manage various Kelly crises also played into his decision to recall the NBC team from the Korean Peninsula.

“NBC has apparently not found a way to manage this high-priced personality,” media analyst and DePauw University professor Jeff McCall told Fox News. “NBC brass needs to better figure out how to utilize Kelly, and then insist she get with the system.”

An NBC News spokesperson provided the following statement when reached by Fox News: "Not a single story you’ve written about the internal workings of NBC News has been accurate, and neither is this one."

In addition to the Fonda contretemps, "Megyn Kelly Today" was also grappling with the Daily Mail’s publication last Friday of a scathing letter written by Kelly's fired head writer. In the letter, the Emmy Award winning writer, Kevin Bleyer, claims he had complained multiple times to Oppenheim about bullying and abusive behavior by Kelly's potty-mouthed top producer, Jackie Levin, but that Oppenheim did nothing. He also said that Levin eventually fired him after calling him "a f--- whiner."

Noah Oppenheim was in North Korea when Jane Fonda was mocked on “Megyn Kelly Today.” (Reuters)

“It is a special absurdity - and what some find a hard-to-swallow injustice - that as a team we've been lauded for covering harassment stories daily on air, while the staff producing those stories feels so embattled and bullied themselves,” Bleyer wrote.

Fox News has learned that there have been multiple formal human resources complaints filed by multiple "Today" staff against Levin, who was appointed to oversee Kelly's show despite having no experience as a broadcast producer. Despite the complaints and Bleyer’s acid letter, Kelly and NBC have stood behind Levin.

A NBC News spokesperson told the New York Post that Levin is “being attacked unfairly” and has “the full support of everyone here.”

Kelly will be back in the spotlight on Tuesday night when she joins a large panel of NBC News stars for the network’s State of the Union coverage. The Daily Mail reported that NBC's other stars are "horrified" they will need to share the stage with Kelly, who had declared in September she was done covering politics.

"No one knows what to talk with her about at the table for the coverage," a source told the Mail.

However, NBC’s Andrea Mitchell dismissed the report and tweeted that she is “looking forward” to the event.

Kelly's inclusion in NBC's State of the Union coverage will likely set off a battle for airtime among NBC News stars, as there is often very little time on NBC's broadcast channel for political commentary before and after the speech. There is far more air time available on NBC's sister network MSNBC, but Kelly is not expected to appear on the liberal cable channel.