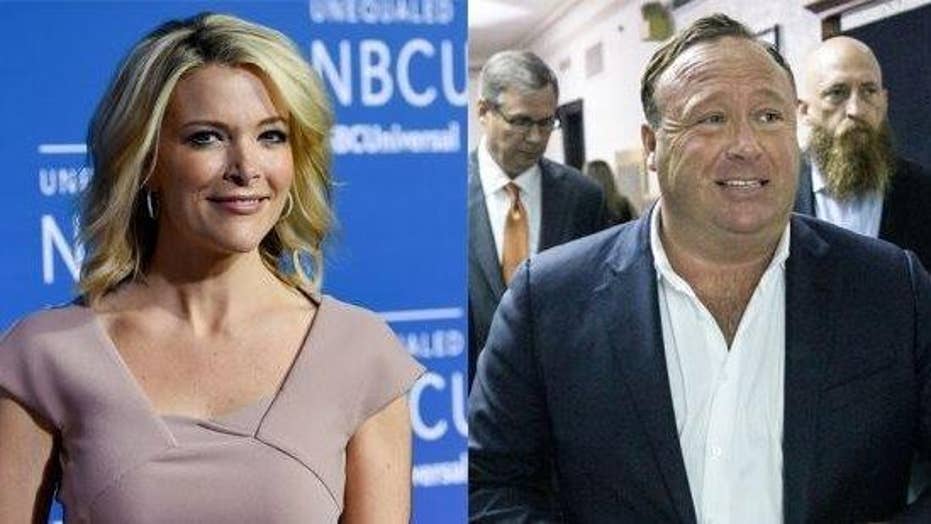 Alex Jones takes on Megyn Kelly over his NBC interview

The media personality released phone calls of the journalist's attempts to book him; Howard Kurtz provides insight on 'Special Report'

Connecticut’s NBC affiliate said Friday it will not air Megyn Kelly’s report on conspiracy theorist Alex Jones, the radio host who has alleged the Sandy Hook Elementary School massacre was a hoax. It says “the wounds are understandably still so raw” in the state.

In an internal memo obtained Friday by The Associated Press, NBC Connecticut staff members were told station executives made the decision after listening to concerns from employees, Sandy Hook families and viewers. The memo says the executives “considered the deep emotions from the wounds of that day that have yet to heal.”

The head of NBC News said Tuesday that the network would move forward with plans to air Megyn Kelly's interview with conspiracy theorist and radio host Alex Jones, despite a backlash that has cost the show advertisers.

It was not immediately clear how many companies had pulled ads from this week's edition of "Sunday Night with Megyn Kelly." The only advertiser to publicly say it was doing so has been the financial firm JPMorganChase. 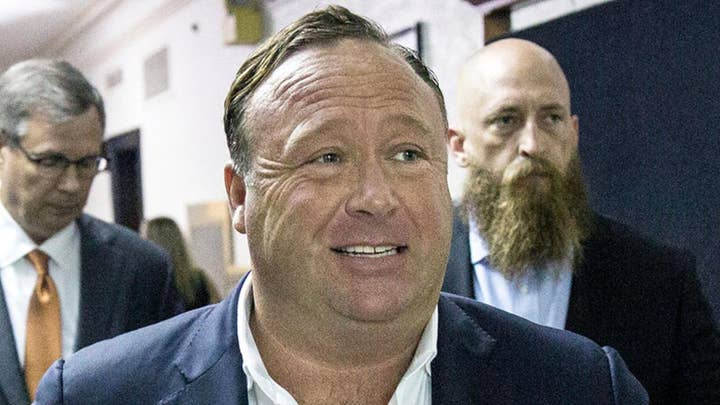 The network has been taken aback by the response to booking Jones, the "Infowars" host who has questioned whether the massacre of 26 people, including 20 children, in 2012 at Sandy Hook Elementary School in Newtown, Conn., was a hoax. Lack said the story will be edited with the sensitivity of its critics in mind.

"It's important to get it right," Lack said.