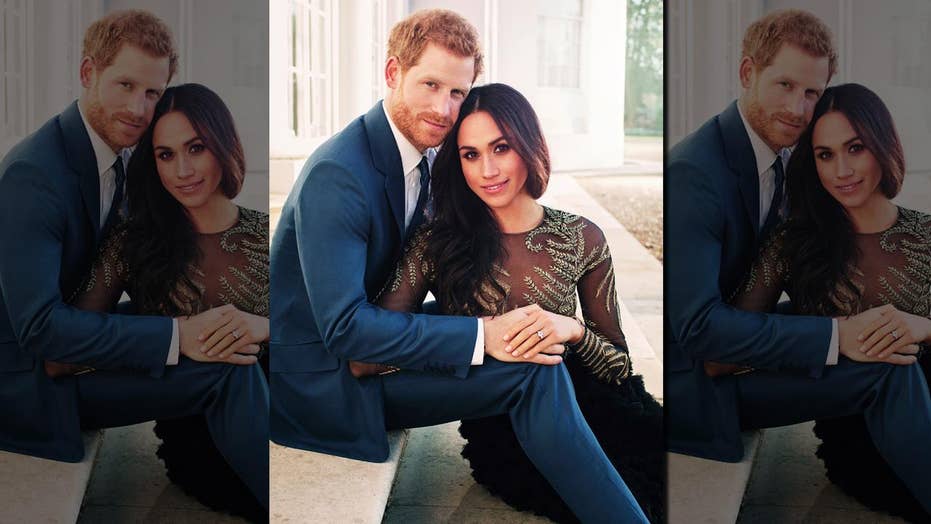 “If you see me there, you’ll know,” Chopra, 35, teased in the newest issue of Harper’s Bazaar Arabia.

Despite the thrill that Markle is getting hitched, she wasn’t too pleased with how Vanity Fair zoned in on her relationship with Harry.

“It’s natural for people to be like, ‘Oh that’s Prince Harry’s girlfriend, but she’s a lot more as well,” she said.

Chopra praised Markle and her efforts to change the world. “I don’t think anybody else would be able to do it the way she will. She’s just right for it,” Chopra said. “She’s an icon, truly, that girls can look up to, that women can look up to. She’s normal, she’s sweet, she’s nice, she thinks about the world, wants to change it and this was even before any of this happened.

"So I do think Meghan being a part of the royal family is a big step in the direction of so many things; of women, of feminism, of diversity, of race, of the monarchy versus everyone else. It’s a beautiful step in the right direction.”

While Markle is beaming with love these days, Chopra is hoping to one day have the same. She’s fresh out of a long-term relationship and knows what she’s looking for.

“I like to be given attention, not like creeper-worthy attention, that would freak me out,” Chopra explained. “But I like to be pursued and wooed. And if he’s not cerebral, if he’s not smart and cannot engage me, then it cannot happen. That’s the biggest, most important thing for me. I’m very mushy, I love romance.”

She says that marriage, a family, and kids are all part of her personal goals. “The only problem is, I don’t know who I’ll do it with,” she quipped.