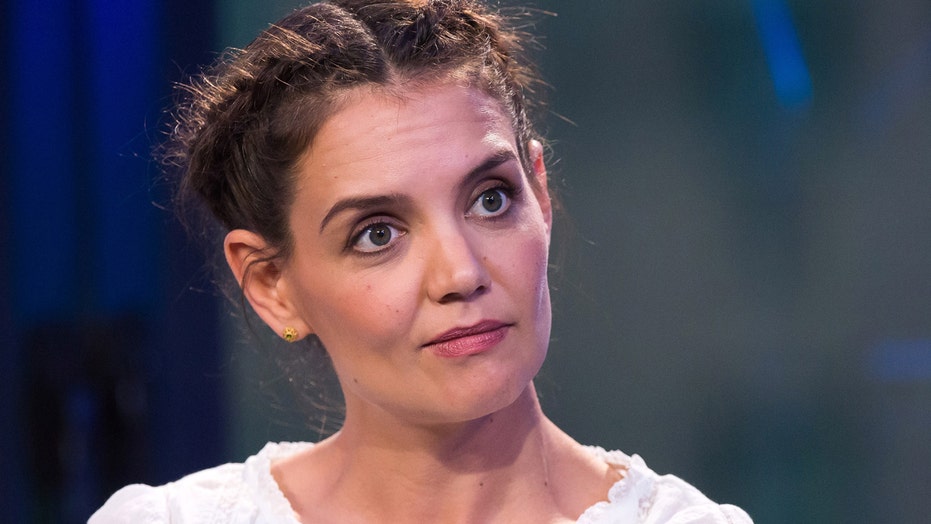 A decade later, Matt Lauer is still ruminating on his infamous interview with Tom Cruise.

It was 2005, and the two were debating the merits of anti-depressants and other pharmaceutical drugs. As a Scientologist, Cruise is staunchly opposed to that type of medication and, at one point, challenged Lauer, saying, "You don't know the history of psychiatry. I do."

Now, the actor's ex-wife, Katie Holmes, is playing a bipolar poet in a new movie, "Touched With Fire," and the "Today" show host couldn’t pass up the opportunity to ask her about that impassioned debate.

WATCH: Katie Holmes on Dating Post-Tom Cruise Divorce: 'I Don't Quite Feel Like a Woman'

"[The movie] asks the question, is it beneficial to treat these people with drugs?" Lauer set up. "You and I both remember a heated discussion I got into on that subject here in this studio. How do you think the movie comes down on that?"

Holmes managed to sidestep the potentially uncomfortable moment -- and the question.

"What I think our director [Paul Dalio] did a wonderful job with is this movie just kind of shows, this is it," she said. "These are these two characters in a love story, which he’s saying is kind of its own kind of mania, to fall in love. But he puts the question out there for the audience to make their own decision."

The 37-year-old actress, who divorced Cruise in July 2012, was also asked about More magazine saying she is living "the ultimate second act."

"I think that was what the lovely interviewer kind of gathered on her own," Holmes so-humbly reflected. "But I feel very lucky that I’ve had wonderful creative experiences recently and doing this movie was, as an actor, really liberating."

This wasn't the first time in recent weeks that Lauer reflected on that infamous Tom Cruise interview. During an appearance on "Watch What Happens Live" in January, the 58-year-old journalist revealed it's the one interview he'd like to do over.

"Because I've thought of so many things I would have said in hindsight," he explained. "But actually, it was one of those interviews that just became iconic."