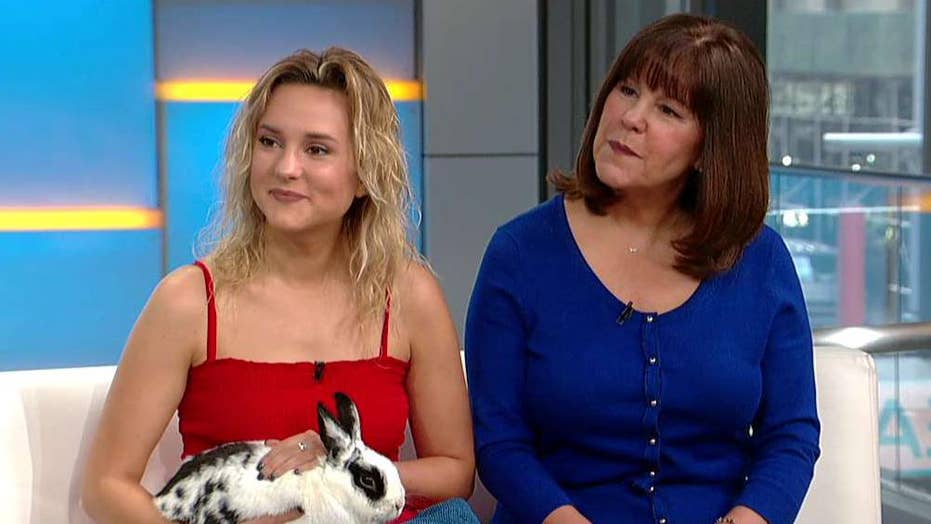 Second lady and her daughter open up about their new book

Second lady Karen Pence and Charlotte Pence talk about 'Marlon Bundo's Day in the Life of the Vice President.'

From the publisher: From the moment he hopped into the home of America's "Second Family," black-and-white bunny rabbit Marlon Bundo captured the hearts of Vice President Mike Pence, his wife Karen, and his children Michael, Charlotte, and Audrey. But little Marlon Bundo isn't just a family pet: like Peter Rabbit and Bugs Bunny before him, Marlon—or BOTUS (Bunny of the United States)—is a national celebrity! With his appearances at official White House events, his rides on Air Force 2, and his popular Instagram account, Marlon Bundo has become a beloved member of the Trump-Pence administration.

So how does a bunny experience a day in the life of the Vice President? Now young readers can follow Marlon Bundo along as he hops after "Grampa" (Vice President Mike Pence) in this delightful story penned by Charlotte Pence and illustrated faithfully with watercolors from the "Second Lady" herself, Karen Pence.