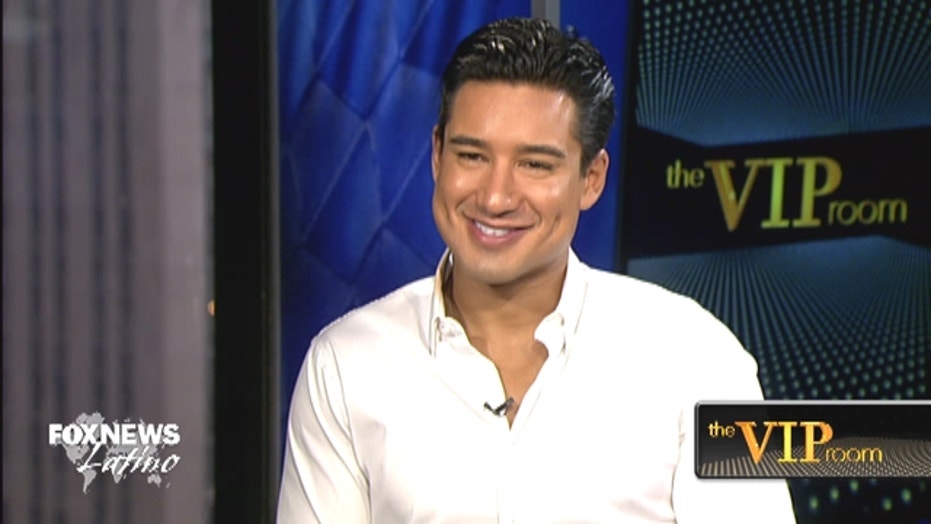 Mario Lopez reveals all in new memoir 'Just Between Us'

Mario Lopez opened up about growing in Chula Vista,

Mario Lopez is an open book - quite literally thanks to his new memoir “Just Between Us.”

The actor-turned-TV host chronicled his life from growing up in Chula Vista, Calif., to making it big in Hollywood in his new memoir and he opened up about things many people didn’t know.

“I turned 40 and that’s an important age for a man and I think when you hit 40 it’s time to sort of pause and reflect on how you got there and to help make a mature plan for the future, and I though what better than write it down,” Lopez recently told Fox News Latino.

“I feel like you need to be completely honest, and unfiltered and put it all out there and I did," he said. "Everything from my romantic life, my love life to my professional life, where I come from, being a child of immigrants, being born and raised in Chula Vista... I’m happy that I got to put it in the book.”

In “Just Between Us,” Lopez admits that as a teenager sex was his drug of choice. He revealed he lost his virginity at 12 and almost became a father at 15.

“I started having sex so young. The day before my 13th birthday,” Lopez told People magazine recently. “Now that I’m a dad, I look back and I think, ‘Oh my God!’ But you’ve got to understand, when you’re growing up in the hood, everybody grows up fast.”

Lopez said he offered to get a full-time job and was prepared to support his teenage girlfriend and their child, but the pregnancy was ultimately terminated.

“I could have a kid who is 25 years old. That’s unbelievable,” the now-father of two said.

In the book, as well as in a recent appearance on "The Ellen DeGeneres Show," Lopez admitted that his father sometimes helped undocumented migrants to enter the U.S. "Often times when we’d take little trips across the border," he told DeGeneres, and they would "come back right away. He’d pull over and he’d open the trunk, and sometimes people would come out.”

Lopez, who also opened up to FNL about his time in “Saved by the Bell” and his first marriage to Ali Landry, said that throughout his career he has made his share of mistakes and is thankful social media and 24/7 paparazzi were not around until recently.

“I’m just glad, thank God, TMZ and social media wasn’t around back then because things might have been different,” he said. “I was younger and had a lot of fun, let’s just say.”