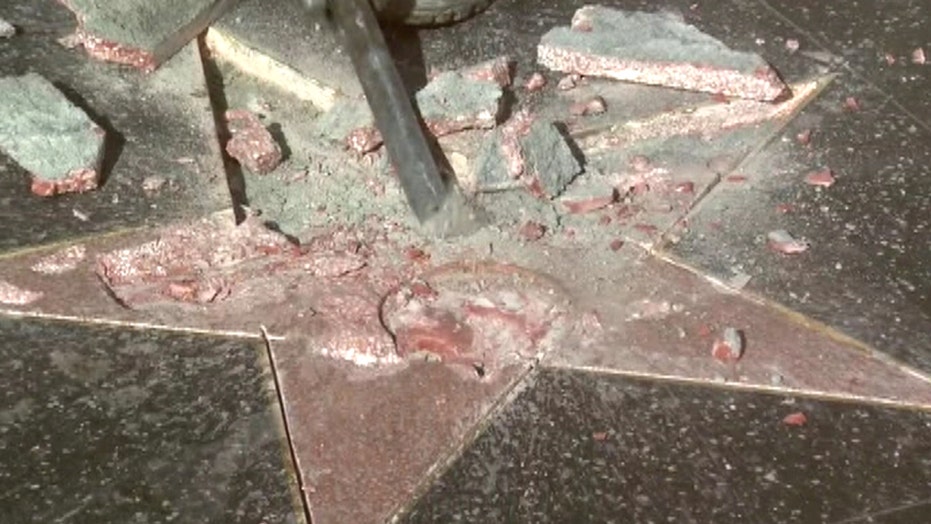 LOS ANGELES – Authorities say a man who used a pickaxe and a sledgehammer to smash Donald Trump's star on the Hollywood Walk of Fame has been charged with felony vandalism.

The Los Angeles County District attorney said the charge was filed Thursday against 52-year-old James Otis. He faces a maximum penalty of three years in jail.

Police say Otis destroyed the star of then-candidate Trump in the pre-dawn hours of Oct. 27 and was arrested soon after.

He could not immediately be reached for comment and it's unclear if he has an attorney.

He said at the time that he smashed the star in protest of Trump's treatment of women, and had initially planned to steal the star, sell it off and give the money to the women who had said Trump groped them.