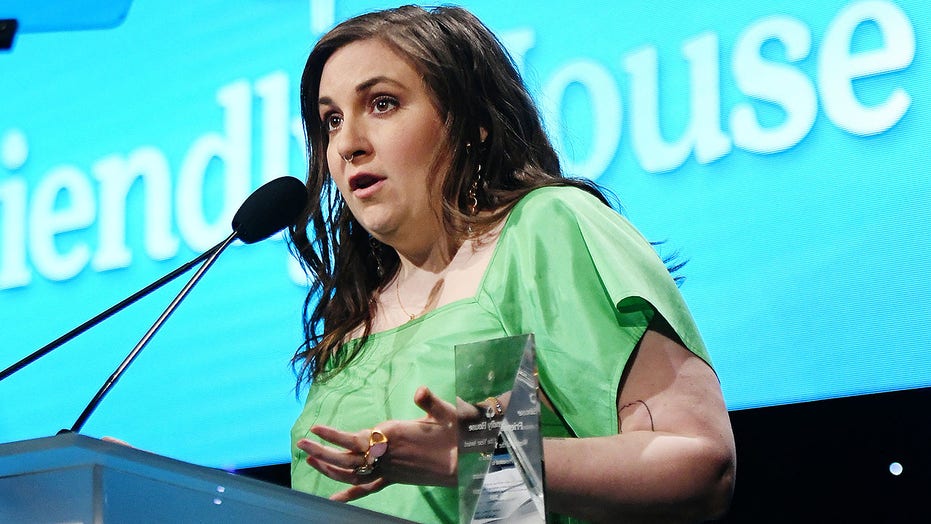 Lena Dunham is reflecting on her relationship with Jack Antonoff and says that two years following their split, she’s now on a dating break.

The actress said as much in an interview with Cosmopolitan UK for the magazine's March cover issue and opened up in a big way about her outlook on love, her health struggles and her sobriety, in which she spent time in rehab.

“I look back and we had a great ride, we cared for each other, but you know what? We were both starting our careers and that was our true passion,” Dunham, 33, told the outlet. “The love you have for someone doesn’t disappear because you don’t have them; it’s just logistically it doesn’t work anymore.”

LENA DUNHAM REVEALS SHE IS ONE YEAR SOBER: 'LET'S DO THIS'

Despite their breakup, the “Girls” creator said her relationship with the Bleachers frontman, 35, is positive and said she simply “fell in love” too early in life.

“I love him so much. He is a dear, dear friend of mine. Has it been easy every second? No, it’s not easy to divide life with someone,” she explained. “There are definitely moments where I was catty, rude or sassy, but he has been beautifully accepting of those and I’ve been able to be accepting of his anger too. What’s really nice is we don’t try to pretend that we don’t have this history together, but we’re also willing to move forward.”

Dunham and Antonoff reportedly met in 2012 after they were set up on a blind date by his sister Rachel and comedian Mike Birbiglia.

LENA DUNHAM AWKWARDLY TRIES TO KISS BRAD PITT AT 'ONCE UPON A TIME ... IN HOLLYWOOD' PREMIERE

Although the pair dated for many years, Dunham and Antonoff never got engaged despite the actress tweeting in November 2017 that she was sure she overheard him planning a proposal, only to learn he was jokingly bashing her privately to his sister.

“I thought jack was furtively planning a proposal 💍 to me with his sister and he just admitted I actually caught him "talking s--t" about me!” she wrote at the time.

Dunham then quipped "they were huddled and I heard him say 'Lena' and 'finger' so obviously it seemed like an engagement ring talk," before adding, "Anyway I want Cardi B's ring." Dunham and Antonoff's split was confirmed by multiple outlets in January 2018.

The funnywoman told Cosmo in her interview that she continued to date following her split from Antonoff and revealed that she got engaged to a boyfriend who she claimed proposed with a shoelace from a pair of Timberland boots as they were snowed in at her parents’ home.

“I’d just had a hysterectomy, I’d broken up with my boyfriend, I was in the process of breaking up with my business partner — I had no business buying a pair of shoes, [let alone] getting engaged,” she told the magazine. “Then I just went, ‘You know what? I’ve been dating since I was 15 years old. I’m allowed to take a break.'”

She continued: “Sobriety for me means so much more than just not doing drugs. It also means that I abstain from negative relationships. It means I’ve taken a hiatus from dating, which has been amazing for me.”

Dunham said she has since been single for some 14 months which she maintains has brought her “a lot of clarity” and said the past couple years of her life have also “been the best time of my life.”

“I realized that until I was in a dynamic with someone who made me feel super-safe, I didn’t want to do it,” she explained. “People right now will go, ‘Oh my god, you haven’t had sex in over a year,’ and I’m like, ‘No, actually it’s been the most healing thing.'”

Dunham touched on the idea of starting a family, something she was adamant wasn’t going to be a discussion of if, but rather when it happens.

“Here’s the thing; if I meet someone who I think would be great to raise children with, that’s wonderful, but I’ve compromised on too many things in my life,” she maintained. “I’m not going to compromise on that.”