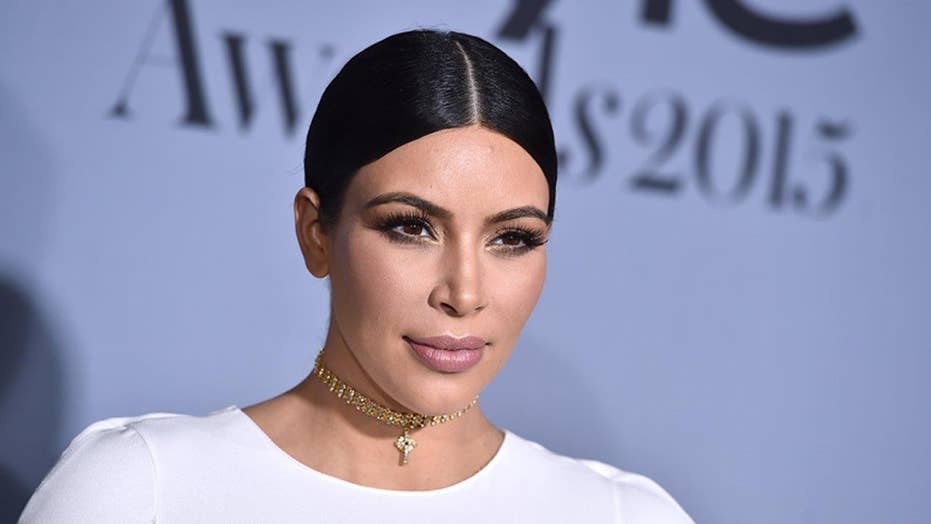 The slew of tweets came after Kardashian faced criticism for posting a nude, censored throwback pic to Instagram earlier in the day.

Kardashian kicked things off in the evening, tweeting, "Sorry I'm late to the party guys I was busy cashing my 80 million video game check & transferring 53 million into our joint account."

After that, the 35-year-old reality star kicked things into high gear, first targeting Morgan, who joked about Kardashian's pic, writing, " I know the old man's $50 million in debt, Kim - but this is absurd. Want me to buy you some clothes?"

The reality star then turned her attention toward Midler, who had quipped, "If Kim wants us to see a part of her we've never seen, she's gonna have to swallow the camera."

Kardashian mocked the 70-year-old two-time Oscar nominee, tweeting, "Hey @BetteMidler I know it's past your bedtime but if you're still up and reading this send nudes #justkidding."

She followed that up with a picture of a candy heart with the words "send nudes" written across it.

Not finished with Midler, Kardashian continued her barrage, tweeting, "hey @BetteMidler I really didn't want to bring up how you sent me a gift awhile back trying to be a fake friend then come at me #dejavu."

Finally, Kardashian came around to Grace Moretz, who had taken the reality star to task hours earlier, writing, "I truly hope you realize how important setting goals are for young women, teaching them we have so much more to offer than just our bodies."

WATCH: Kim Kardashian Reveals She Is Wearing a Back Brace Because She Threw Her Back Out

Ignoring Moretz' socially conscious reflection on the responsibilities of being a role model, Kardashian instead opted to mock the 19-year-old actress, tweeting, " let's all welcome @ChloeGMoretz to twitter, since no one knows who she is. your nylon cover is cute boo."

Finally, Kardashian tweeted a poorly-rendered CGI portrait of herself drinking a cup of tea, followed by another nude pic, which she tagged "#liberated."

It almost feels like Kanye West took over his wife's Twitter account for the evening -- considering these insults sounds very similar to the rapper’s comments toward Deadmau5 from last week. We'll just have to wait and see if Kardashian feels like she's said enough for one evening.

Check out the video below to see more about the nude pic and the criticisms that set this whole thing off.