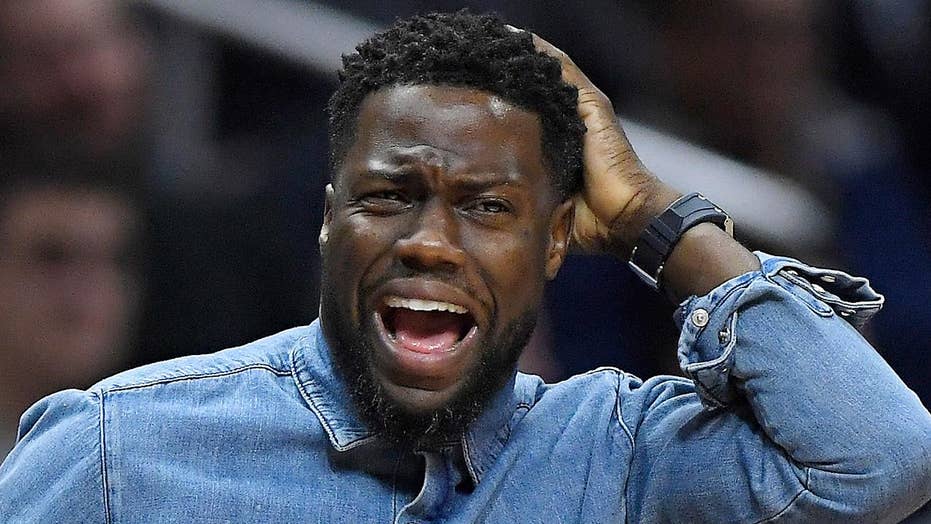 Hollywood Nation: Comedian and Philadelphia Eagles fan admits he was drunk when he tried to crash the Super Bowl stage.

The comedian and diehard Eagles fan bombarded the on-field NFL Network set after the Eagles’ 41-33 win over the Patriots in Super Bowl LII Sunday night, interrupting an interview with Eagles defensive lineman Fletcher Cox and accidentally dropping an F-bomb on air.

“Philadelphia’s a great city,” Hart said into the microphone. “I thought, I hope this is an example of what we can do. We gave a f--- … ooh."

“I’m out,” he added with a laugh, dropping the microphone and stumbling away.

Prior to the scene, Hart had apparently announced his drunkenness to a national audience.

Hart, who was born and raised in Philadelphia before moving to New York City to pursue a comedy career, wanted his moment to come immediately following the game. He tried to force his way on to the stage to receive the franchise’s first Lombardi Trophy with owner Jeffrey Lurie, coach Doug Pederson, star tight end Zach Ertz and MVP Nick Foles, but security blocked his path to the stairs leading up to the stage.

Hart argued to no avail, as Ertz eventually shimmied his way around him.