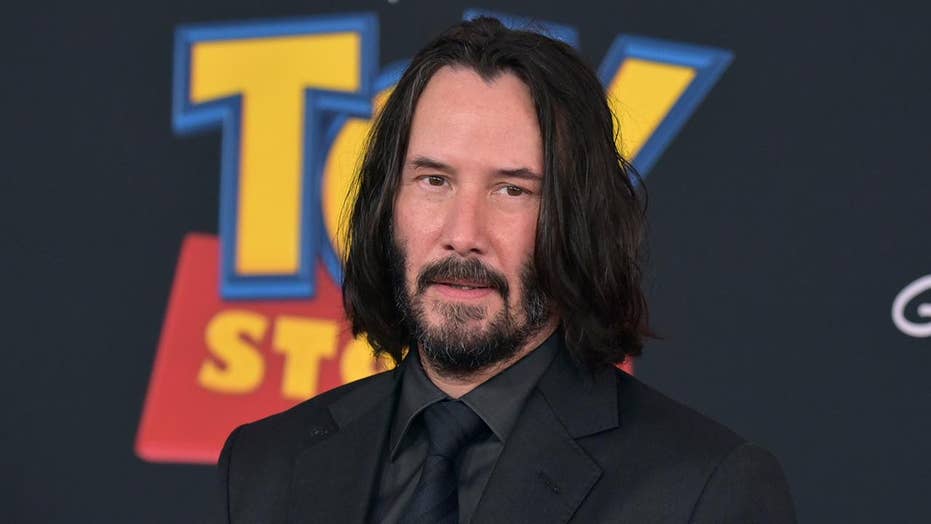 Keanu Reeves stopped to leave a sweet note in a fan’s yard this week while driving to the set of “Bill and Ted Face the Music” in Louisiana.

The actor was in the car with writer Ed Solomon when they saw a yard sign that said, “You’re breathtaking!,” a moment that became viral from the E3 video game conference last month when Reeves yelled it to the audience after a fan yelled it to him, People reported.

“Keanu jumped out of the car and did this,” Solomon tweeted. Reeves wrote on the sign, “Stacey, You’re Breathtaking!” and autographed it.

But that wasn’t all. The 54-year-old star also took the time to take photos with the sign owner’s family before heading on to the movie set, People reported.

“Wow! Yesterday was a dream come true! We knew Keanu Reeves was filming up the street so my son said we need to make a sign that says ‘you’re breathtaking’ so we did!” Stacey Hunt wrote on Twitter. “A few cars stopped but then a car stopped and there he was!! He actually stopped! Oh my heavens!”