Kathie Lee Gifford with Bill Cosby on the "Today" show in 2011. The host also posed for a photo with Harvey Weinstein on February 1, 2012. (Getty)

Kathie Lee Gifford believes in standing by her friends through good times and horrifying sexual abuse and rape allegations.

The "Today" host revealed she reached out to her longtime pals Bill Cosby and Harvey Weinstein after their respective sexual assault scandals broke. Gifford explained she had been friends with the men for "a long, long time" on Andy Cohen's radio show on Wednesday. She also spoke out for the first time about being date raped.

"You can't call yourself a friend if the first minute there's trouble, you run. That's called a fair-weather friend, and that's not a friend at all," Gifford explained.

Cosby was accused by more than 50 women of drugging and assaulting them or attempting to, and he is awaiting a retrial for three counts of aggravated assault of Andrea Constand.

MORE: Gifford explains why she reached out to Bill Cosby, Harvey Weinstein 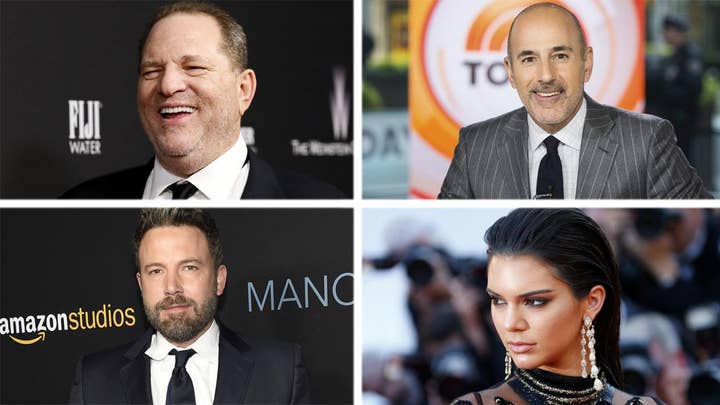 Now-disgraced movie mogul Weinstein was ousted by his own company and Hollywood after more than 80 women accused him of sexual assault, rape and harassment.

"Harvey Weinstein was a friend of mine for 30 years. I called him and left a message," Gifford revealed.

"I just want people to know I don’t judge them. I don’t like what they do, but God knows their hearts and there’s hope for them," she said.

The 64-year-old explained that despite reaching out to her friends, she does not condone their behavior.

"I hope people are not misunderstanding this. I'm not saying that that kind of behavior is in any way acceptable. It isn't, and it's horrible, and as a woman who has experienced it, it's awful," she said. "But can we at least look at each individual case and see it for what it is? And be merciful to people that are sorry for what they've done?"

Kathie Lee revealed she reached out to longtime pals Bill Cosby and Harvey Weinstein after their respective scandals. (NBC)

She added, "If we stop having mercy as a part of our vocabulary...our world will completely die."

Gifford also revealed in the interview that she has been sexually harassed, abused date raped since she started out in show business.

"Don't tell me they're all the same, because they are not. They are not the same," she told Cohen. "Unless you've been through it and you can say they are the same, then fine. Not the same to me."