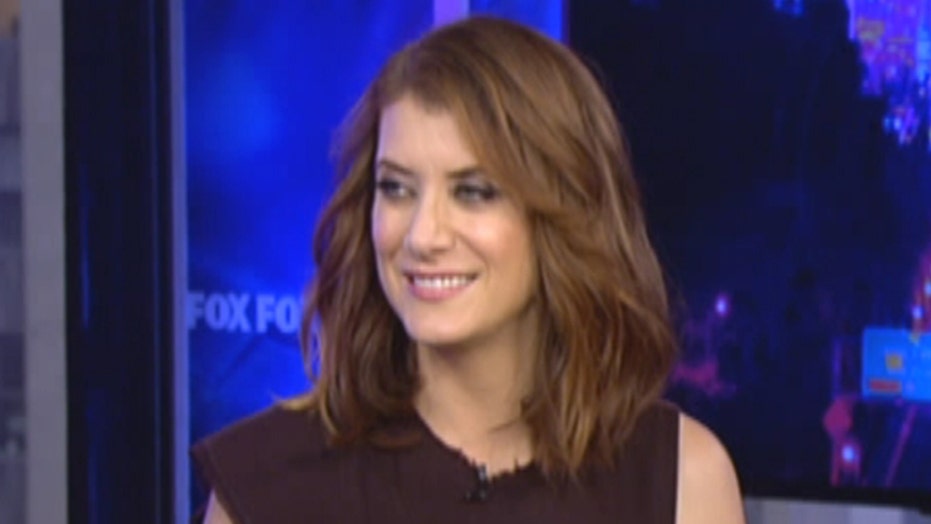 In The Zone: Actress Kate Walsh offers her tips for having a great Thanksgiving

NEW YORK – Thanksgiving is a time we count our blessings, and it’s also a time to give back. Kate Walsh is living that message with her ongoing involvement with Operation Smile and she’s also offering holiday advice with The Boston Market All-Star Cast of Holiday Experts where she serves as a spokesperson. She talked with FOX411 about what she is most grateful for on this holiday.

FOX411: You’re working with Operation Smile. How did you get involved?

Kate Walsh: Well, I’ve been working with Operation Smile for a number of years, a little over four years now, and it’s an incredible organization as you know, and $240 changes and saves, in many cases, saves a child’s life. But one of the things I’m super excited about is my partnership with Boston Market this holiday season and we’ve partnered up not only to help everybody out during the holidays because we know how crazy it gets. I cheat. I think we all cheat. I love cooking but I still always go and sneak a little bit of sides from Boston Market, and it’s so good. They’re so good. But also what they’re doing for every person on social media tweets and using the hashtag #bostonmarketgives they will donate $1 to Operation Smile up to $5,000 which changes a lot of children’s lives and saves their lives. It’s incredible.

FOX411: What makes you smile most these days?

Walsh: Yeah. Dogs and cats and yeah, and so I have a lot to be grateful for. I really do kind of get into the holiday spirit and try to you know try to find something to be grateful for anyway but this is the time of year so.

FOX411: It can be depressing at times if you don’t have the friends and the family gathering. What advice do you have to others out there to kind of get through it?

Walsh: Well, I think for Thanksgiving particularly I’ve always, one of the fun things for me about doing a big dinner is having friends and family so we’ve always done that, and even through our other holidays like having a mix of friends and family, and if you don’t have your family nearby, or it’s tough for you, find a friend and go and eat with them. Even when I lived in Chicago and I didn’t have any family there, I would just go like I would be a guest and have dinner with a bunch of friends and do potluck or something. So I think that’s it, just finding people that you love that love you and hang out with them.

FOX411: You’ve had such an illustrious career starting with "Grey’s Anatomy" and then your own show with "Private Practice. " What’s been the difficult part of fame?

Walsh:  It was probably the sudden kind of onset of it, maybe with "Grey’s." That was even, you kind of got used to it. I sort of watched everyone go through it on that show because I came on later in the first season, so I kind of watched everyone else go through it but really I am so grateful and blessed and feel I have had such a great career and I love that fans love the shows that I do, and so when I get approached I still, I go, “Oh, thank you. That makes me feel good.” I feel so lucky that I’ve been on shows that have been by and large critically acclaimed and that audiences like it, too. So yeah and also everything also calms down with the influx of social media, there’s so much happening all the time.

Walsh: That it’s sort of like you get to observe people once again. That was the one thing that was hard. Like I love to kind of people watch; that’s part of what I do as an actor and creative person and sort of step back and watch others. When everyone’s kind of watching you when you’re out and about, it makes it hard, but now it’s like I said, social media, it’s like there’s so much happening.

FOX411: There’s so much happening. Things can go by quickly, but Justin Bieber has said recently that he’s just tired of being famous. Is there something called fame fatigue? I’m just coining that right now, but does it happen?

Walsh: I don’t know. I mean Justin Bieber that’s just a different thing. And I think it’s also different when you’re younger, too and your whole life is exposed. You know, it is probably exhausting and a little spiritually depleting, but you just find ways to fill up and do things For me it’s simple things like this. When I cook, I mean when I’m working crazy hours I always do Sunday dinner and I’m not afraid to ask for help, whether it’s from Boston Market or from my friends to bring a dish ... it’s all about community and really connecting.  I think as much as we’re cyber connectin,g to really sit down and have a meal sitting with other people…

FOX411: And not on your phone taking pictures of it.

Walsh: Which you can do but it’s really nice to just sit and talk, and have that ritual.