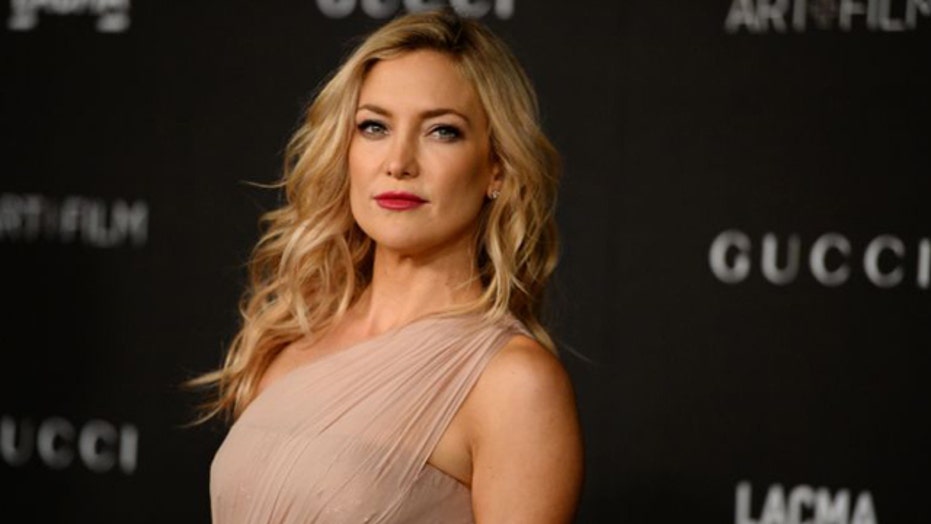 Kate Hudson has been very open about the health and fitness advice she's gleaned from her famous mom, Goldie Hawn, but the "Kung Fu Panda 3" star says her mother taught her some key tips about love and relationships as well.

Hudson spoke with ET's Carly Steel while signing copies of her new book, "Pretty Happy: Healthy Ways to Love Your Body," at Barnes & Noble in New York City, and she said Hawn's relationship with her longtime partner, Kurt Russell, is inspiring.

"I think what they have, in terms of connection, is really rare and beautiful and something to strive for," Hudson shared. "But it doesn't come without its stuff, [as do] all relationships."

Hawn and Hudson's father, Bill Hudson, divorced in 1982, when Kate was only 2 years old. Hawn began dating Russell the next year, and the "Hateful Eight" star has raised Hudson and her brother, Oliver, since they were kids.

Hudson herself has also been divorced, after ending her marriage to The Black Crowes frontman Chris Robinson in 2007, and recently split from her longtime boyfriend, Muse frontman Matt Bellamy. Hudson also has two children -- 12-year-old son Ryder, from her marriage to Robinson, and 4-year-old son Bingham, from her relationship with Bellamy.

According to Hudson, the best advice she's even gotten about love is to "be true to yourself" and that "when you're connected intimately [with someone], it's a huge time of growth."

WATCH: Want Kate Hudson's Figure? You're Going to Have to 'Work Pretty Hard'

Hudson added that you have to "accept what that is and to go there, even when it's uncomfortable," and that, when things are going tough in your relationship, that's "the time you learn the most about yourself."

The 36-year-old actress and fashion designer, who looked stunning at her book signing in a button-down blouse from Etro's Fall/Winter 2015 collection, also opened up about her new tome.

"It's really about having a dialogue with women about how to maintain a sense of feeling grounded and continuously motivated when there's days when we aren't so happy," Hudson shared. "Then, how to stay grounded when you're elated and your adrenaline is going and you're just so crazy happy that you can't get your feet on the ground. It's a book about how to stay connected."

Hudson added that "Pretty Happy" takes "a holistic approach to how to stay healthy," instead of the "daunting" diet plans and exercise regimens proposed in many other health and fitness guides.

If the actress' own flawless figure is any indication, it's clear her health plan is doing something right. In January, people saw a lot more of her fit physique than expected when her stylist, Sophie Lopez, posted a picture of Hudson's bare butt to Instagram.

"That had nothing to do with me! No, no, no," Hudson said, laughing. "She was celebrating my tushy, that's what she does. You should see her Instagram page! It's amazing. It's a lot of girls being sassy and celebrating."