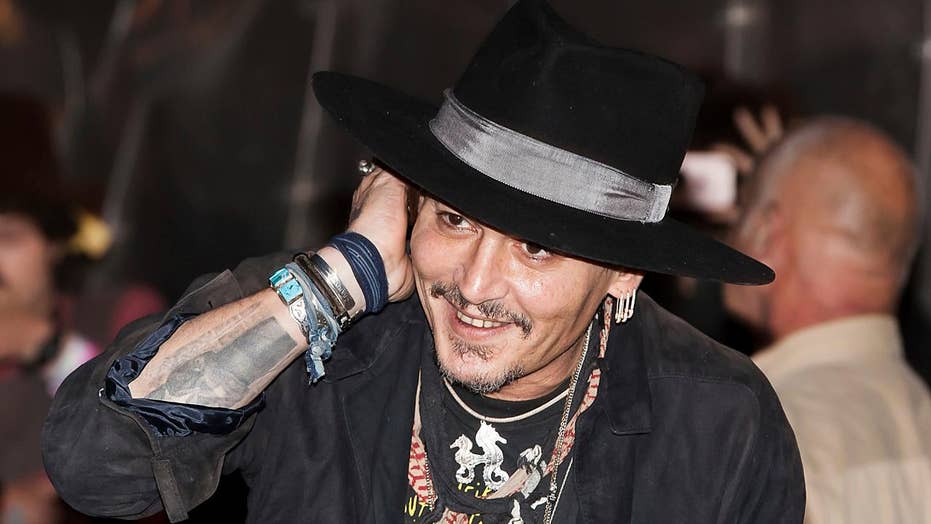 Johnny Depp jokes that President Trump should be assassinated, joining a growing list of celebrities wishing physical harm on the president

Johnny Depp and his ex-managers are still in a tense legal battle after a preliminary hearing on Monday morning in California.

During the hearing, Judge Teresa A. Beaudet ruled the actor's lavish spending that became tabloid fodder plays no part in the case that alleges Depp's ex-team mismanaged his finances.

Depp claims his ex-managers put him in a dire financial situation. Meanwhile, The Mandel Group -- his former team -- say they warned Depp repeatedly that his over-the-top lifestyle was causing him to spend well beyond his means. The judge ruled the promissary fraud case against Depp will continue, according to The Hollywood Reporter.

Depp's lawyer told Fox News while the hearing was underway, "This is important because it supports what we have been saying from the start, that these smears against Johnny are not defenses to what the Mandels' are accused of in our complaint, they are just smears."

Depp claims Joel Mandel and his group caused him to go into debt while Mandel has stated in court documents Depp was spending a staggering $2 million per-month.

Legal documents obtained by Deadline also revealed that Depp refused to begin flying commercial after his business manager Mandel pleaded with Depp to “take it easy” on the holiday spending.

Depp responded to Mandel’s email the next day.

“But, regarding the plane situation… I don’t have all that many options at the moment,” he wrote. “A commercial flight with paparazzis in tow would be a f--king nightmare of monumental proportions.”

Depp then pleaded, “What else can I do??? You want me to sell [some] art??? I will. You want me to sell something else??? Sure…what???... Other than that, I got bikes, cars, property, books, paintings, and some semblance of a soul left, where would you like me to start???”

The lawsuit also claimed Depp paid more than $75 million to buy and maintain 14 homes, including a French chateau and a chain of islands in the Bahamas.

On Monday, according to The Hollywood Reporter, both Depp's team and The Mandel Group were stating they had the upper-hand following the hearing.

"This was a good day for Johnny Depp," another lawyer for the actor told The Hollywood Reporter.

Meanwhile, The Mandel Group's attorney noted, "Today's ruling was a clear victory for The Management Group because the Court ruled in favor of our fraud claim. We intend to file an amended cross complaint for declaratory relief. All of the issues regarding Depp’s extravagant spending continue to be fully included in the case."