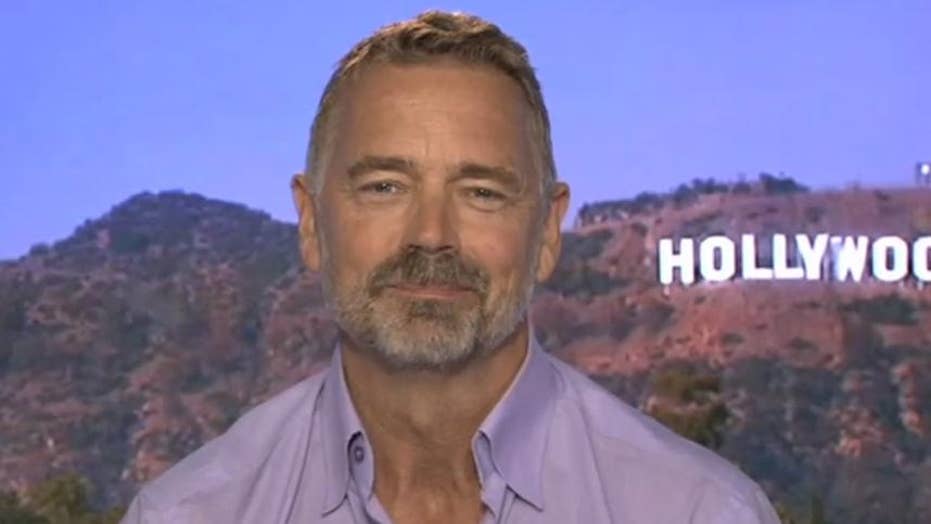 John Schneider, of "Dukes and Hazzard" fame, has spent the past several months gaining a new perspective on the reasons he's proud to be an American.

The actor has been in-and-out of court battling his ex-wife in a contentious divorce that even landed him in jail -- albeit for five hours.

Schneider told Fox News the experience has made him grateful to live in the United States where he is afforded many rights and freedoms.

SCHNEIDER SPEAKS OUT AFTER LEAVING JAIL, SAYS 'THERE'S A BIAS AGAINST CONSERVATIVES' IN HOLLYWOOD

"In America, you can dream, you can pursue your dream," Schneider told Fox News. "You can become anything that you want to become."

The actor went on to say that we are "backed by a system" that allows us to pursue the American dream.

The actor and country singer added, "There's no one telling you, 'You can't do that. I won't let you.'

JOHN SCHNEIDER RELEASED FROM JAIL AFTER FIVE HOURS 'DUE TO OVERCROWDING'

He also added that it's important to give appreciation to those that protect those freedoms.

The 58-year-old caught up with us hours after being released from jail over unpaid spousal support in June. He alleged at the time that his conservative values may have hurt him in court, adding that it's time for more of his fellow Hollywood stars to "come out of the Republican closet."

"I do think there's a bias against conservatives, Republicans, in Hollywood, but I think if you let that alter how you are, then I question how you are," he said. "If you believe it, speak it, live it."

The outspoken star went on to say that it's important to support the president.

"I supported the last president [even though] I didn't vote for him, but I supported him because I believe that's my duty as a United States citizen," he said. "The difference here is that I did vote [for Trump] and I don't mind people knowing that."