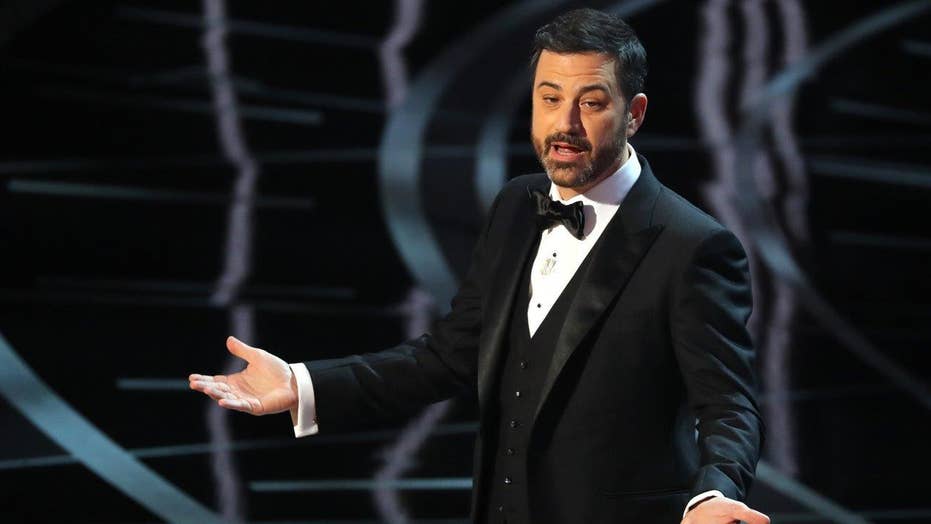 Fox411: How political did the Academy Awards get?

Comedian Jimmy Kimmel has revealed how Denzel Washington saved the Oscars from complete ruin, as the shocking blunder unfolded on stage.

Kimmel hosted Monday’s Academy Awards, during which "La La Land" was wrongly announced as best picture instead of the true winner "Moonlight.

On ABC’s "Jimmy Kimmel Live," Kimmel gave his version of where everything went awry.

As Kimmel kept trying to make light of the embarassing gaffe, Washington yelled at them from his seat in the audience.

“Thank God Denzel was there to make sense,” he said.

“I see Denzel Washington in the front row trying to get my attention. He’s gesturing and he’s pointing, I don’t know what he’s pointing, but he yells 'Barry, he said.

Kimmel said that Washington’s reference to “Barry” initially confused him, and it was not until the two-time Oscar winner repeated himself that Kimmel figured out what he was trying to tell him.

“I realized that Barry Jenkins, the director of 'Moonlight,' is standing behind me and Denzel wants me to get him to the microphone to make a speech,” said Kimmel.

“So I listened to Denzel, as you should, and I went and I got Barry. Then everyone just stood there kind of shell shocked,” he said. “And I ended the show.”