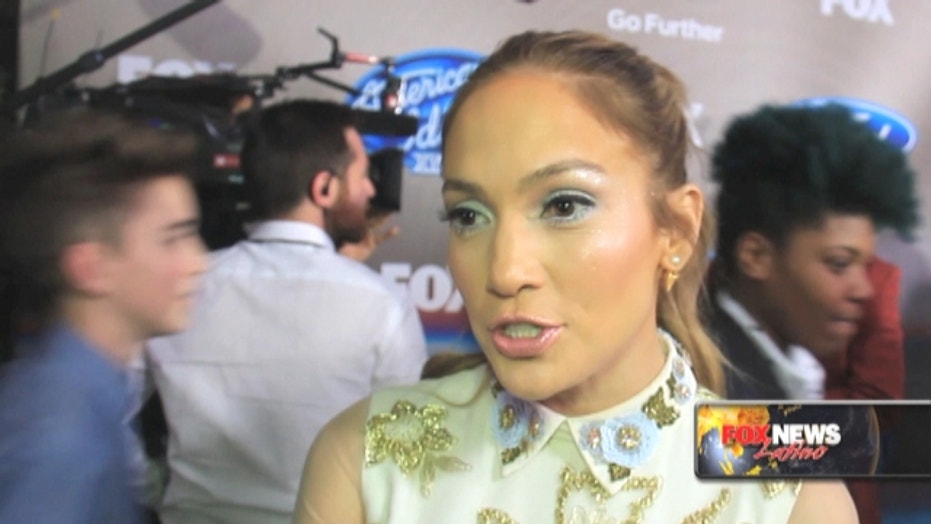 “American Idol” named its top 12 contestants Wednesday, but Thursday evening only 11 will remain.

Well, what’s better than celebrating while you still can, with a fete in your honor, of course?

Last night, ‘American Idol’ threw a party in honor of its current finalists. The event, held at the District by Hannah An in West Hollywood, brought out industry namesakes, the contestants, and of course, judges Jennifer Lopez, Harry Connick Jr., and Keith Urban Urban.

J.Lo herself will be taking the stage next week to perform her song, “Feel the Light” from her new animated film, "Home." The flick co-stars another famous singer, Rihanna.

“I have a new song out called “Feel the Light…” It’s a great song and I’m gonna be performing it on ‘Idol’ next week. [In the movie] I play the mom’s voice. Rihanna plays the daughter’s voice…We shot the video today and it’ll be a lot of fun,” the mother of two gushed to Fox News Latino.

The reality competition show (which will begin airing once a week, rather than two) hopes to do its best to find another successor to its ‘Idol’ crown. Scott Borchetta, the person who introduced the world to Taylor Swift, is this season’s in-house mentor. The crowned winner will score a record deal with his label, Big Machine Records.

At the party, Urban dished on the hot things that happen behind the scenes of American Idol.

“[Lopez] has this, uh, [heater], it’s about as hot as the sun, and it blows like a hurricane. Harry melts….He’s actually taller than her but he’s melted over the short season we’ve had,” joked the country star.

Lastly, with Easter coming up, what are some of Lopez’s traditions?

“Easter egg hunt. We do that,” Lopez said. “We go to church. You know, regular stuff.”