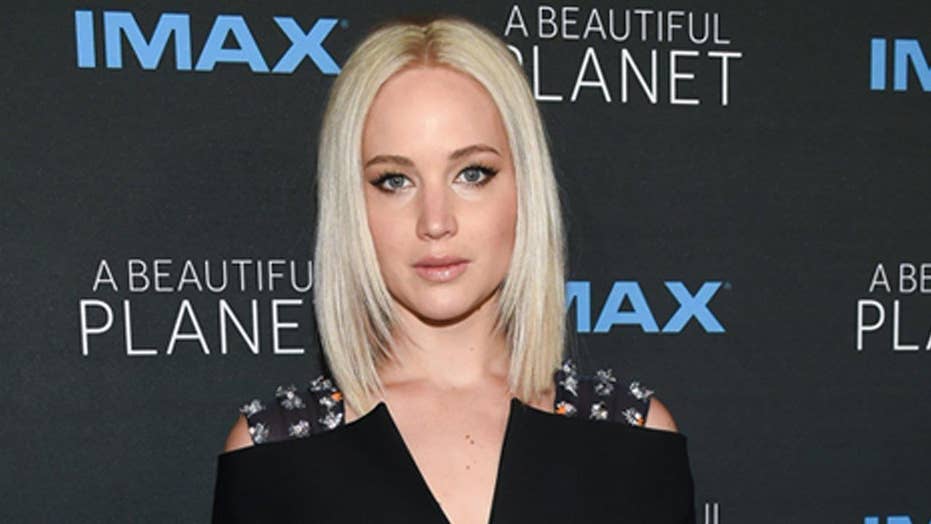 Jennifer Lawrence hasn't 'felt the touch of a man in...'

Jennifer Lawrence refused to address rumors she's dating director Darren Aronofsky, who she calls a "visionary," in a new interview with Vanity Fair.

The actress does dish on her A-List Hollywood pals and reveals why her fans scare her sometimes.

Lawrence, 26, is often seen hanging out with Bradley Cooper, Amy Schumer, Mila Kunis and Ashton Kutcher. Lawrence told the magazine she met Emma Stone through mutual pal Woody Harrelson. Lawrence said although she and her pals may compete for the same roles, there is nothing but love between them.

“I love my job,” Lawrence says. “I don’t know what I would be without acting. So if there is someone who loves the same thing, it should bring us closer. But it depends on how that person is, and Emma is so normal and lovely. If I wasn’t her biggest fan, I would’ve Tonya Harding’d her in the kneecaps.”

"We both really do love each other and care about each other as people, beyond being actors," Stone wrote in an email to Vanity Fair. "I support her completely when it comes to work and I feel the same from her, but I know we'd be friends even if we didn't do the same job."

But, Stone admitted that she was once intimated by “The Hunger Games” star.

"She may not even know this, but there was definitely a time early on when I was like 'Oh hey my ego is going nuts she's so great and vibrant and talented I'm screwed I'll never work again goodbye yellow brick road.”

Stone eventually got comfortable with the idea of the two working together.

"Then I chilled the f--k out—and remembered we're completely different and there is room for everyone, even if it's an industry that doesn't really seem to support the idea up front."

But being one of the most famous and sought after actresses today, Lawrence admits that she is scared by her fans and values privacy.

“You might think you know me, but when you approach me you’re a total stranger to me and I’m scared,” she revealed. ““I get very protective of my space. It took me a long time to be able to do that. But if I’m eating dinner and somebody comes up and a flash goes off from someone’s iPhone camera, I am really rude to that person. Then other people at the restaurant will see and be like, ‘Oh, damn, I don’t want to do that.’ Privacy is a full-time job and I work very hard at it.”