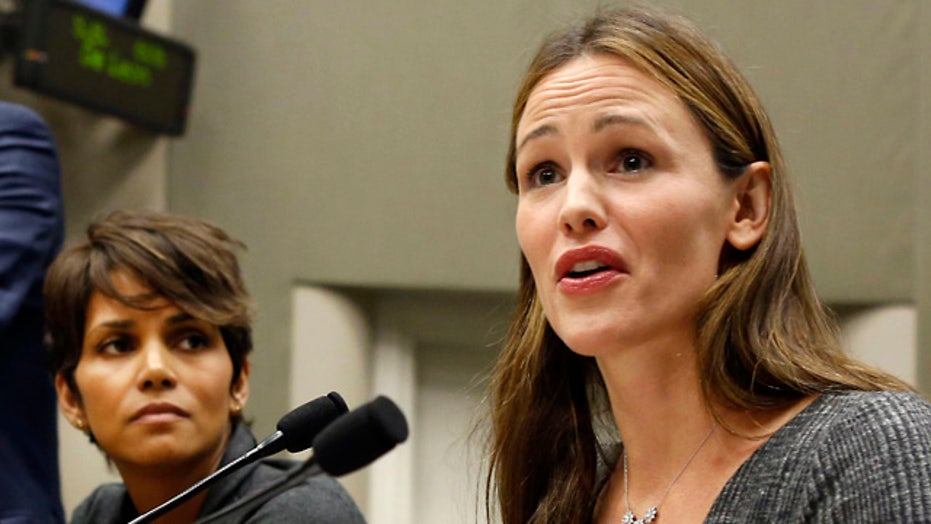 Jennifer Garner said her children are constantly harassed by paparazzi and there should be laws against that.

Unlike some Hollywood A-listers, Jennifer Garner certainly isn’t rooting for Trump to fail.

In fact, she wants to help President Donald Trump make good on some of his campaign promises.

The star said she knows that many people from rural communities voted for Trump. She traveled to her hometown in West Virginia last year and saw for herself how many Trump supporters were there.

“People felt like Trump really understood them, that he was going to come in and create jobs for them,” she told The Washington Post in a wide-ranging interview. “They felt like they needed something to just turn everything upside down.”

Now, she wants to make sure that happens.

“I’m looking forward to helping him make good on what they saw as promises, a mandate from him, that he was going to make their lives better,” Garner told The Washington Post.

The actress acknowledged that some in Hollywood “want to turn their back to this administration” but she said she takes a different approach.

“Send me a ticket to Mar-a-Lago. I’m ready to go down and have a steak and a good chat,” she told newspaper, somewhat jokingly. “I really think it’s great, if he’s willing to help the poor kids who got him elected.”

In her interview, she seemed more committed than ever to the causes she has long advocated for, like the nonprofit organization Save the Children.

“If he’s willing to help the poor kids who got him elected, then let’s do it. They certainly think he’s going to,” she told The Washington Post.

Garner also spoke at a meeting of the National Governors Association on Saturday, advocating for early-childhood education programs.