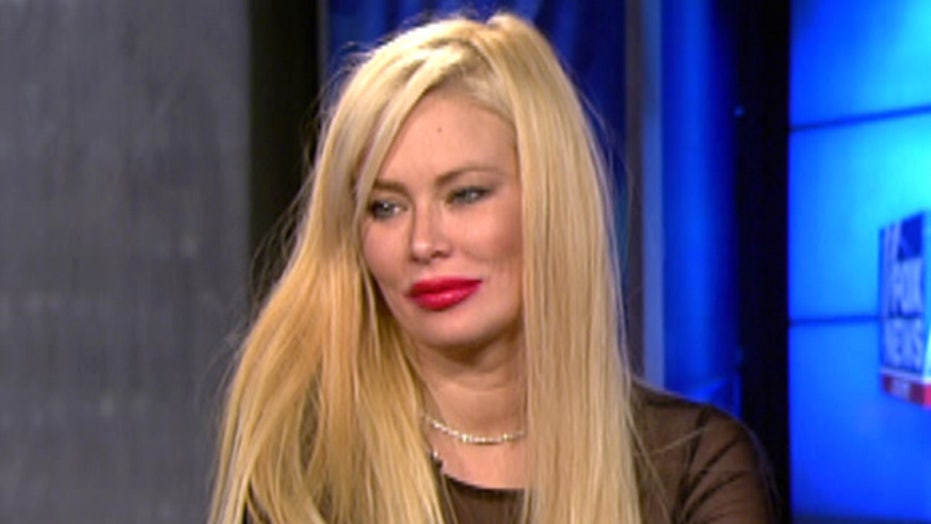 Jenna has trouble with interview

“Last Monday something was shown on TV, and people got to see what I’ve lived with for five years,” he told “Larry King Now.” “Was she two people? Yes.”

During an interview with FOX411 on Monday, Jameson needed assistance walking on to our set and seemed disoriented at times. The 39-year-old also had a hard time answering some of our questions. Her rep told us that she was simply exhausted.

But it wasn’t just that, Ortiz said. Though he didn’t go into detail about what caused Jameson to behave strangely, he told “Larry King Now” he hopes she gets help for her apparent issues.

“[She’s the] mother of my children and I pray and I wish she would get help for herself.  I lived with her a long time,” he said.

And though Jameson told us “my thing is just be a good mom” Ortiz charged that she has not seen their 5-year-old twins in a long time.

“The kids are full time with me. Does she get to see them? She hasn’t tried to see them in four and a half months,” he said. “Now she’s ranting and raving that she would do anything to see the kids. She has to pass some tests before she sees them.”