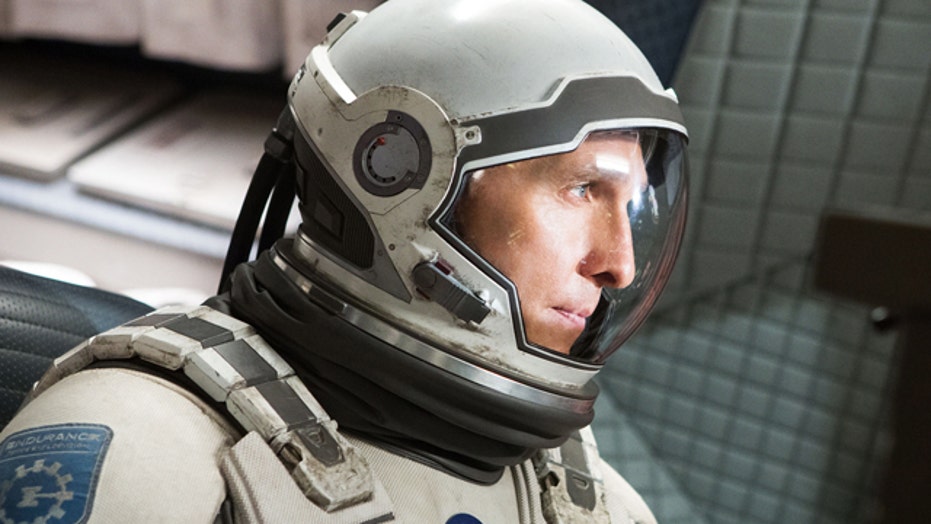 Is 'Interstellar' a masterpiece?

For a film completely drenched with sentimentality about faith, hope and human-kind’s resolve, “Interstellar” is at times as cold and lifeless as a vacuum, which is mostly the fault of its writer-director Christopher Nolan, whose previous output has generally been dark and nihilistic. All the elements of a syrupy, overly-sentimental “Spielberg-esque” drama are here: a single parent trying to do right by his scorned daughter, an astronaut yearning for a long-lost romance, teary-eyed monologues about love transcending logic and science. With the heaps of sentiment that Nolan throws at his audience, there is a surprising disconnect, as if his arrows just slightly miss the heart every single time and we, the viewer, are relegated to watching an emotional drama unfold from behind a double-sided mirror - never directly involved and always a room away.

“Interstellar” opens in the near future when an unnamed natural disaster has eliminated a large portion of the human race and the days are numbered for those remaining. Crops are all but gone, except for corn. When single dad and former pilot Coop (Matthew McConaughey), along with his kids start experiencing some odd, ghostly phenomena in their farm house, clues lead to a secret NASA compound where scientists (led by the inimitable Michael Caine) flippantly offer him the chance to pilot a spaceship through a black hole to an unknown galaxy to find a habitable planet for the human race.

Coop takes the bait and leaves his family behind and - in classic movie tradition - promises that he will return for them. What follows are scenes, more often than not, of marvelous beauty and awe. Nolan pumps the film with intensity that rivals last year’s “Gravity,” but “Interstellar” finds a closer bond with “Lost in Space” than the Sandra Bullock thriller. There’s even a mad doctor and sarcastic talking robot, voiced by Bill Irwin.

McConaughey once again gives a knockout performance, this time as Coop, who, like many military men and women, makes the hardest decision any person can make: leave your family to save them – and in Coop’s case, save the human race. McConaughey is better with each film and this is one of his best. He warms Nolan’s frigidity. From the film’s opening through the final moments, McConaughey is brimming with an infectious faith to save humanity while concurrently dreading that his daughter will despise him forever and never know his true intentions. McConaughey leaves behind his obnoxious “All right, all right, all right,” for a slice of subtlety. It’s a beautiful, inspiring performance.

A major reason the film often finds difficulty with an emotional connection, though, is due to Anne Hathaway. Nolan writes her character Brand as an independent and strong scientist, which Hathaway does well – that is if independent, strong scientists are always and completely stoic. But when Brand - suddenly and without reason - drops all her science and logic to “emotionally” suggest a search mission for her long-lost love, thus putting their current mission in jeopardy, Hathaway begins to fail in the emotion department. She’s the one who delivers the teary-eyed diatribe about love transcending science and when she finishes her speech there’s nothing but dead, cold dark space and a missed casting opportunity.

The coldness and disconnect is an issue, for sure, and it’s the film’s biggest flaw that keeps it from becoming a contemporary science fiction masterpiece. But beyond that rather large issue, “Interstellar” is an often superb and a marvelous movie-going experience. Without spoiling the tricks Nolan has on display, “Interstellar” features some astounding set pieces, gut-wrenching suspense and trippy atmospherics that pay respect to classics in sci-fi like “2001: A Space Odyssey.”

Nolan brings out some big guns for the supporting cast: Michael Caine, Ellen Burstyn, John Lithgow, Casey Affleck, Wes Bentley, Topher Grace, David Oyelowo and a surprise cameo. But it’s Jessica Chastain - probably this generation’s best actress - who really shines as Coop’s daughter, Murph. Scorning her father for abandoning her, Murph is “Interstellar’s” most interesting character. She is the only one with a true character arc and Chastain is delightful as precocious Murph turns detective to piece her father’s clues together and help bring him back home.

The special effects are not as impressive as last year’s “Gravity” but Hoyte Van Hoytema’s stunning cinematography makes up for anything lacking in the effects department. There is some gorgeous craftsmanship at work here and “Interstellar” is best seen in IMAX.

Composer Hans Zimmer’s score acts as the life-force through the nearly three-hour film. Composed primarily for organ and a lush string orchestra, Zimmer’s score is one of the composer’s most colorful and impressive, providing an almost holy aural landscape as Coop looks to the stars and beyond, faithfully believing he can save humanity and return to his daughter.

While “Interstellar” might be slightly predictable and suffer from some head-scratching silly flaws, it is nearly impossible to look away. That is the strength of Nolan’s story and McConaughey’s bristling performance. A masterpiece? No. But in time, “Interstellar” could prove to be a contemporary science fiction classic.