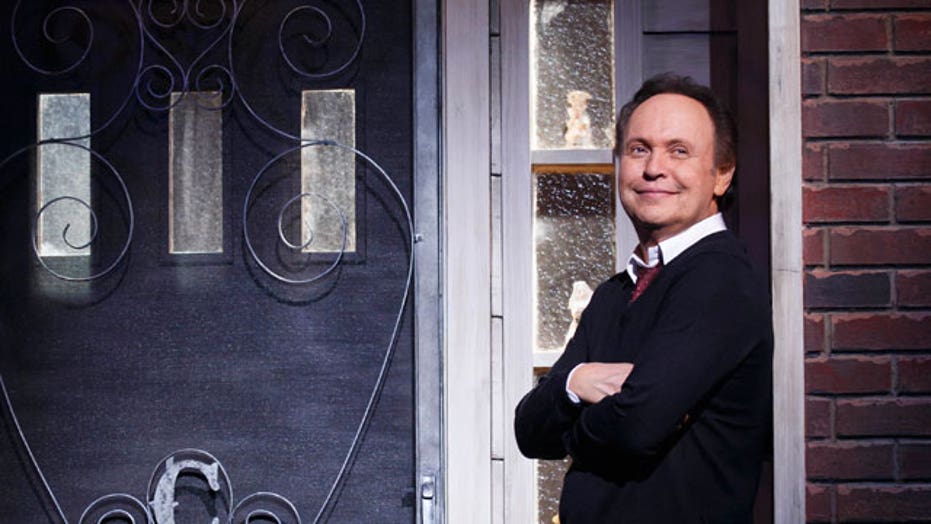 Michael Tammero takes you inside The Foxlight

NEW YORK – Hey folks, welcome to this week’s edition of In the FOXLight, set against a week of outbursts, tirades, rants and all around offensive behavior from Alec Baldwin. Another day another headline! I found myself paying closer attention to celebrity behavior throughout the week while out and about, and was reminded that for every Baldwin and Bieber behaving badly, there are others who exhibit the class and grace we should expect from our celebrity class.

Case in point: Wednesday night, New York's A-List hit the Great White Way to celebrate the opening of Billy Crystal's "700 Sundays" at the Imperial Theater. It was an unusually cold November night, but the red carpet was sizzling hot with the likes of Derek Jeter, Bette Midler, Lisa Lampanelli, Sean Young, Kareem Abdul-Jabbar, and reality stars Jill Zarin and Countess Luann De Lesseps. Since I’ve been covering red carpets, one thing I’ve noticed is the bigger the star, the later they arrive, and the less they work the carpet. So you have the Jill Zarins arriving early and taking time with every reporter and the Bette Midlers being later to arrive and taking only a question. But thanks to our friends at The Hartman Group PR, the FOXLight had prime real estate and was able to get everyone. Should also thank the Hartman team for the coffee they bought for all of us out in the cold. Classy and nice. So here is my FOXLight Flash on some of the nights’ brightest stars:

Derek Jeter: Actually found myself a little star stuck here with The Captain. He’s reserved, soft spoken, gets right to the point and looking very fit and ready to take on the 2014 season.

Lisa Lampenelli: Funny, funny, funny, a dream on the red carpet. Gives you a lot to work with and really makes the most of the moment. Btw, she is looking fabulous having slimmed down considerably getting ready for her own one woman show on Broadway.

Jimmy Fallon: Elegant, smart, and just plain ol' nice. I just finished "Johnny Carson" by Henry Bushkin, this fella reminds me a lot of the man who is the gold standard in late night television.

For more pictures from the red carpet you can follow me on Instagram and Twitter at @foxlightmichael. Going over them again I was struck by how much fun we all seemed to be having that night. And that was before the show! If you have the opportunity to be in New York City between now and January 5th I strongly recommend you try and get a ticket to go see “700 Sundays”. It’s Billy Crystal playing all the people and personalities that influenced him while growing up on Long Island and New York city during the 50’s and 60’s.

The show is a celebration of family. The joy, the heartache and everything that goes with it. But most of all it is funny. With everything going on in the world, it’s a reminder of another, simpler day and provides much needed laughs. Crystal, who the New York Post dubbed the “King of Broadway” back in 2005 when "700 Sundays" first hit  New York , turned 65 in march. What a career, "Soap," "SNL," the host with the most for the Oscars, "When Harry Met Sally," and that doesn’t even begin to cover his resume. So I wanted to know what your favorite Billy Crystal movies and moments were and this is what you had to say:

Well, that it for this week’s FOXLight. Next up, I’ll take you back stage with Florida Georgia Line. Catch ya next time.