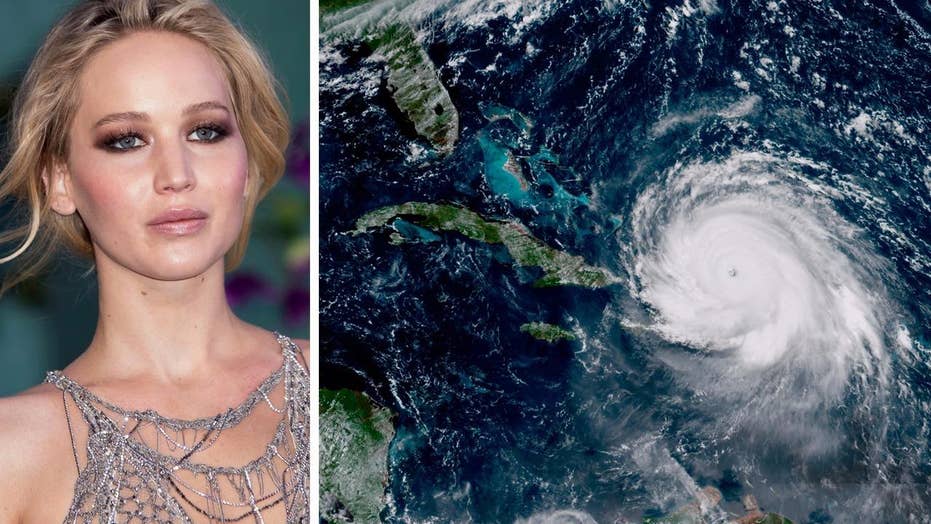 Fox411: Jennifer Lawrence is calling for Americans to pay closer attention to climate change, and suggested Hurricanes Harvey and Irma may have been prompted by Trump winning the presidency

Oscar-winning actress Jennifer Lawrence suggested the devastating hurricanes in Texas and approaching Florida were signs of “Mother Nature’s rage and wrath” at America for electing Donald Trump and not believing in man-made climate change.

Lawrence, who is promoting her new drama “Mother!,” appeared on British network Channel 4 on Wednesday, where she discussed topics ranging from the movie to the gender pay gap and Trump.

“It’s scary,” the actress responded to the interviewer’s assertion that there was “an end-of-days feeling” across the world and especially in the U.S.

“You know, it’s this new language that’s forming. I don’t even recognize it. It’s also scary to know that climate change is due to human activity, and we continue to ignore it, and the only voice that we really have is through voting.”

“And you have voted very recently, as a country” the reporter noted – to which Lawrence replied that “it was really startling” Trump was elected. She then suggested the recent hurricanes devastating Texas and nearing Florida may have been prompted by Trump winning the presidency.

“You know, you’re watching these hurricanes now, and it’s really hard, especially while promoting this movie, not to feel Mother Nature’s rage and wrath," Lawrence said.

Lawrence later said the conversation topics of Trump and U.S. politics were “really polarizing and upsetting.”

She added: “You know, I’ve heard things and seen things on TV in my own country that devastate me and make me sick, and it’s just really confusing.”

After being asked whether she finds Trump confusing, the actress fired back, saying, “I don’t find him confusing. I think I know exactly what he is.”

Lawrence has never been shy about sharing her opinions on the President. In 2015, when Trump had just launched his presidential campaign, she said a victory by him would "be the end of the world,” during an Entertainment Weekly interview.