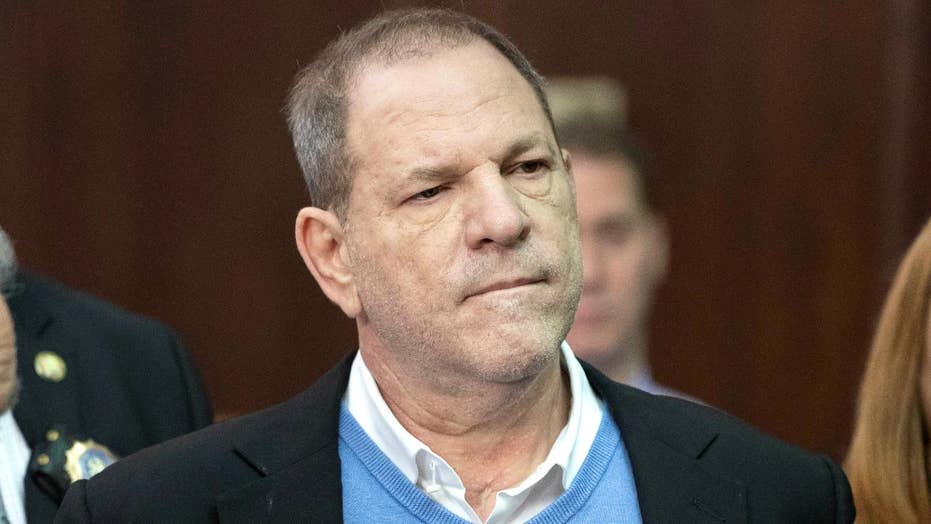 A new lawsuit filed against Harvey Weinstein on Friday reportedly details allegations from three women, one of whom claims the disgraced Hollywood producer raped her.

Melissa Thompson, one of the women in Friday’s lawsuit, claimed she met with Weinstein in 2011 to make a business pitch when the movie mogul “out-muscled” her as she tried to rebuke his physical advances, the lawsuit said, according to The Associated Press. She alleged that he held her down and raped her.

The alleged incident wasn’t reported to authorities, the lawsuit said, because Thompson “knew that Weinstein could and would destroy her if she complained about his sexual misconduct.”

Thompson said she was referred to Ben Brafman's law firm amid allegations from dozens of women that surfaced in the fall, according to a release obtained by The Associated Press. Brafman is an attorney for Weinstein.

Harvey Weinstein, center, listens during a court proceeding in New York during his arraignment on rape and other charges on May 25. (Steven Hirsch/New York Post via AP, Pool)

In a statement to Fox News, Brafman said, “This firm has never represented Melissa Thompson and I personally never met with her or any of the other women named in the lawsuit.”

A second woman, Caitlin Dulany, claimed that while attending the Cannes Film Festival in 1996, she was sexually assaulted, battered, threatened and held in Weinstein's hotel room, according to the lawsuit.

Larissa Gomes, the third woman, alleged in the lawsuit that she went to a meeting to talk about career opportunities in the film industry but was held in Weinstein's hotel room, as well as threatened, battered and assaulted.

The lawsuit reportedly seeks to have class-action status in order to represent other women that it claims were victimized by Weinstein and what it described as his enablers. Among the allegations are racketeering, witness tampering, mail and wire fraud, assault, civil battery, negligent supervision and retention and intentional infliction of emotional distress.

The allegations come after Weinstein was indicted by a grand jury earlier this week on charges of rape in the first and third degrees and criminal sexual act in the first degree, according to a statement from Manhattan District Attorney Cyrus Vance on Wednesday.

"Harvey Weinstein may have been put in handcuffs for his assault on two women, but we are working to see a day of justice for the hundreds of women who were exploited for Weinstein's sexual gratification and silenced by this ring of conspirators," Elizabeth Fegan, an attorney who worked on Friday's lawsuit, said, according to The Associated Press.

Weinstein has been accused by more than a dozen women of sexual misconduct. The allegations gained widespread public attention following two bombshell reports in October 2017, ultimately leading to Weinstein’s downfall. He has consistently denied all allegations of nonconsensual sex.

Fox News’ Marta Dhanis and The Associated Press contributed to this report.