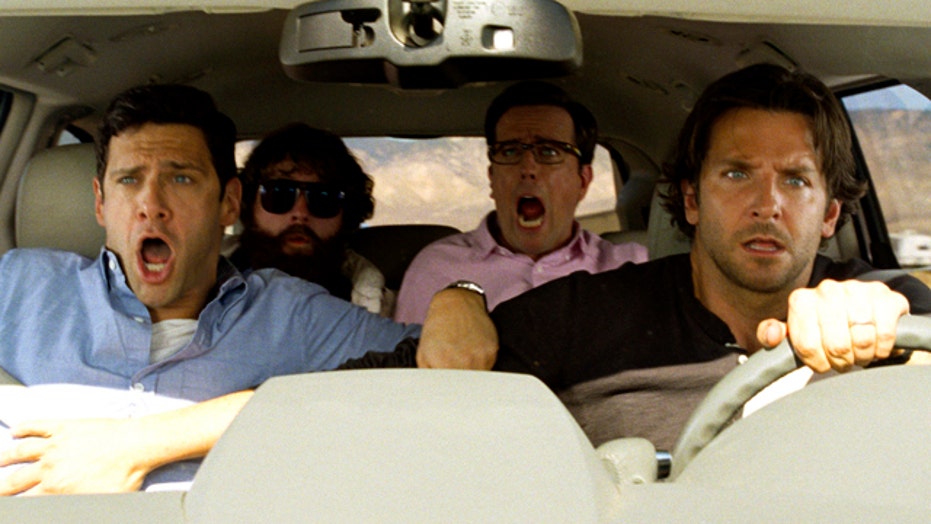 During one of the countless moronic moments in “The Hangover Part III,” Alan (Zach Galifianakis) lambasts a naïve Stu (Ed Helms), “Haven’t you learned anything?” Following the box office smash, but ultimately unfunny “The Hangover Part II,” “Part III” digs an even deeper hole, creating the most juvenile, humorless and often tasteless “Hangover” yet, completely losing sight of the originality that made the original a success.  So Alan’s question also applies: Haven’t you learned anything?

Or perhaps the question is better left to the audience, who has made “The Hangover Part II” one of the most successful comedies of all time.

It’s undeniable that the “Hangover” franchise is a cash cow, but the ingredients that made the first film a contemporary “classic” has all but been sullied and stripped bare. To close this trilogy, Alan and Mr. Chow take the reins, unfortunately forcing Bradley Cooper and Ed Helms into their man-child shadows.

With Alan and Chow in command, “Part III” tries to trump the previous two films by exponentially exploiting their shtick to such a point that quickly loses its appeal. Chow must be one of the most obnoxious characters ever written for film and Ken Jeong rams every crude and vulgar gesture or remark right down the audience’s collective throat. Galifianakis shot to stardom playing Alan in the first movie, but his juvenile role by this point has run its course.

For their final outing, the Wolfpack takes a more action-oriented format, hyper-stylizing every scene like a Michael Bay film. When the pack attempts an intervention with Alan -- for being an idiot -- things (of course) go terribly wrong. Doug (Justin Bartha) is held for ransom by a mobster called Marhsall (John Goodman). Marshall’s price for Doug’s return: The Wolfpack must locate Mr. Chow, who stole millions in gold from him, and deliver him alive. This throws Alan, Stu and Phil into a free-fall of outrageous situations, which predictably brings them right back to where they started: Las Vegas.

The “Hangover” films certainly built their success on crude humor, but with “The Hangover Part III,” they really enter some tasteless territory. For no reason other than shock value, Todd Phillips and his co-writers have threaded an unnecessary and cruel gag involving the killing of animals. First Alan, in his infinite wisdom, accidentally beheads a giraffe. Then Chow purposefully suffocates a chicken and murders two dogs. How is this supposed to be funny? It’s in poor taste and serves no purpose to the story.

But wait! There’s Melissa McCarthy to partly course-correct this film. The “Identity Thief” star makes a cameo appearance as a pawn shop dealer and completely eclipses her co-stars in her brief screen time.
She proves a spin-off film with McCarthy and Galifianakis could be hilarious.

Devout fans of the original film will enjoy the references to previous incidents, as well as seeing returning cast members Heather Graham, Jeffrey Tambor, Mike Epps and even the film’s director Todd Phillips as Mr. Creepy.

“The Hangover Part III” is the weakest of the three films and should really only appeal to diehard fans of the franchise. The film is billed as “the end,” and it’s a relief that this hangover has finally subsided.