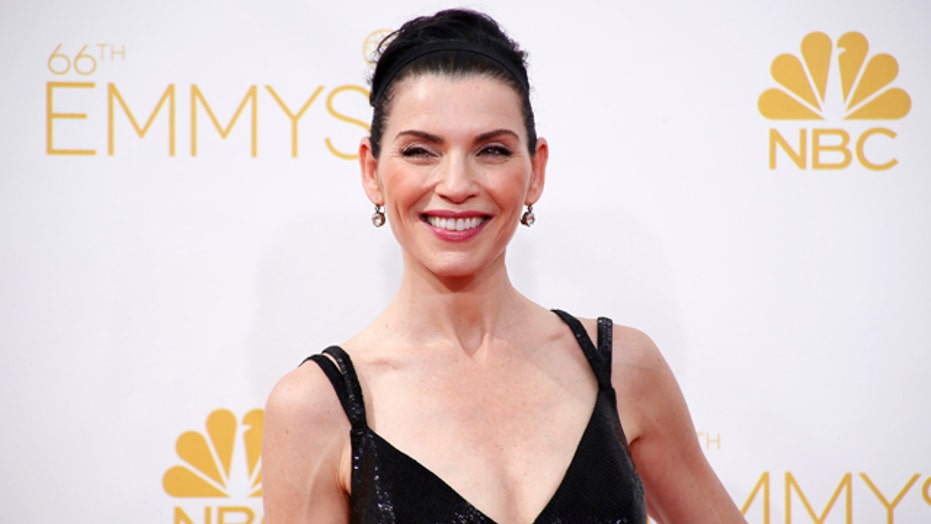 [Spoiler alert: The following article contains spoilers from this season's episodes of "The Good Wife."]

If you're craving mini tacos on "The Good Wife," you might have to wait a bit longer.

"Let's just hope mini tacos are soon to come!" Jeffrey Dean Morgan tells TVGuide.com of Alicia (Julianna Margulies) and Jason's dinner rain check two weeks ago. "I'm kind of waiting to see what happens myself. ... I can't believe Peter [Chris Noth] showed up. Third-wheeling! And then she slept with him! But it was a pacifier in the meantime since she couldn't be with Jason."

7 things to know about "The Good" Wife Season 7

"I think these two are doing a little dance around each other and that's not really over yet," Morgan says. "I honestly don't know what's going to happen with them. [Creators Robert and Michelle King] have a way of not telling me anything. ... The dance up until this point has been kind of interesting and there's some more interesting stuff coming up. That goes back to the fact there's an attraction between them definitely. I think he likes her and he's very intrigued by her."

And vice versa. Jason has been and still is a ball of mystery. After a month, the most we know about him is that he's a lawyer-turned-investigator who stays up late for TED Talks, hates "signing things" and was disbarred for punching a judge seven years ago. Said judge also ominously warned Alicia that Jason is a sociopath and suggested she read "The Sociopath Next Door" to better understand the supposed monster she's employing. It was an odd anecdote -- one that seemed purposely added to hammer home that this dude is dangerous with a capital D -- that Morgan admits also "kind of took me by surprise."

But, though he knows as much about Jason's backstory as fans do, the "Grey's Anatomy" alum does not believe he is a sociopath but rather a rebel with a cause. "My opinion is Jason's got a very strong sense of what is right and what is wrong," he says. "This judge who crossed him, I think there's more to that story. I hope he's coming off as a good investigator because I think that's important to Alicia and the show and I do like the mystery of it all, and I think Jason does too. Jason likes being a little bit of a mystery to Alicia."

What he also takes almost irrepressible glee in is watching Alicia squirm and try to flirt. Jason, thanks to Morgan's disarming mellowness, is completely throwing her off her game -- and he knows it. "He's a pretty charming guy!" Morgan says. "I play every scene like there's something else happening as far as his feelings toward Alicia. I think that whenever he's around her, he is disarmed by the feelings he has too. He's very well aware he's attracted to her and I think the disarming is an equal thing.

"What I like about Jason is that he's not afraid to flirt with her, but thus far, we've only gone so far with that flirtation," he continues. "My feeling is that Jason knows a bit more than she does. I think he knows that she's already checked on his background, has talked to the judge and whatever else. He's no dummy. Frankly, I do think he's enjoying a little of this. I don't know if it's as much a cat-and-mouse game. He's enjoying watching her go through the motions of trying to figure him out."

So does he actually want a relationship with her? He's obviously aware of her situation with Peter, but some minor things like a marriage of convenience (and convenient sex) and a presidential campaign won't deter a guy who decked a judge. "I do think he's a stand-up guy. If he's having these strong feelings toward her and her toward him, I think he'll find a way to cross that line with Alicia," Morgan says. "As much as a good guy I think he is -- he may not be the greatest guy but I don't think he's a sociopath -- he also lives by the seat of his pants and will follow his heart. He's passionate about right and wrong and probably about love."

Even if they evolve past flirting, Alicia -- and fans -- might not want to get too attached to Jason. Or they should at least adopt her new life motto: "It's always sexier not to care." Since it's unclear if there'll be an eighth season of "The Good Wife," Morgan is only signed on for one season and earlier this month joined "The Walking Dead" as a series regular next year playing the iconic, bat-wielding villain Negan.

"I am certainly open to [staying]," Morgan says. "We'll see if there's a Season 8. Right now, there isn't yet. I don't know what the end of Jason is. I don't know when that's going to stop. Right now, I'm not even taking it into consideration that this run is over for him. ... I don't see Jason going anywhere in the foreseeable future, so I think the 'Good Wife' fans can look forward to him hanging out for a bit longer and we'll try to answer some questions along the way about where Jason and Alicia are going."

And if he does leave for good, Morgan has an exit strategy in mind: "I do die a lot on shows."