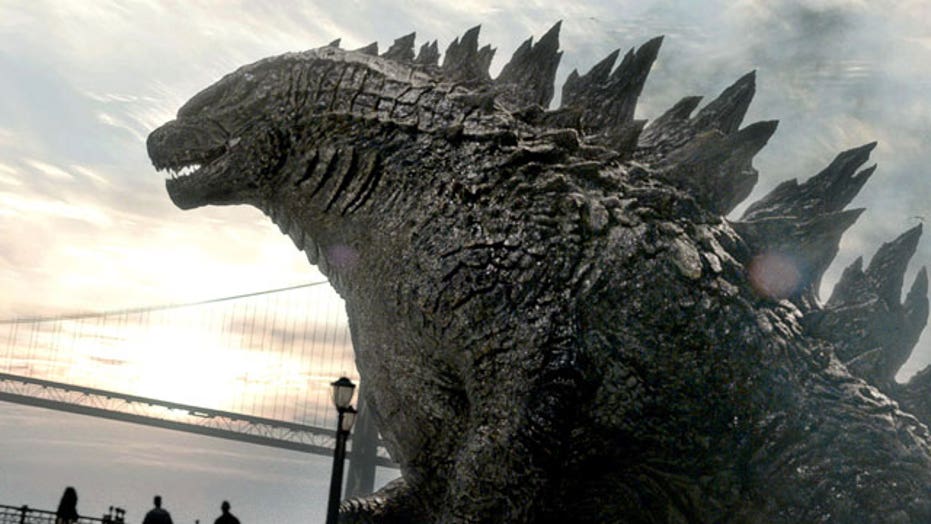 After countless iterations of the Japanese icon, this King of the Monsters is a solid film replete with fantastic old-school set pieces, a terrific performance by Bryan Cranston (even if some of the dialogue is stale) and a tangible sense of dread as Godzilla battles prehistoric creatures in our own backyard.

Edwards, who directed the superb indie adventure-horror “Monsters”, pays as much homage to Ishirô Honda’s original ‘Gojira’ as he does to classic Spielberg. Not many directors have perfected building those dynamic Spielbergian set pieces, but this Godzilla film has several – and they are very impressive – and in the end, it’s those well-developed set-pieces that make this film so great.

Explaining the plot to any Godzilla movie is rather pointless since the draw is to see the big guy wreaking havoc. This updated reboot has Joe Brody (Cranston) attempting to uncover the truth as to what really destroyed the nuclear power plant he and his wife (Juliette Binoche) worked at 15 years ago. His investigation, alongside his estranged son (Aaron Taylor-Johnson), leads to a series of events that release prehistoric creatures called MUTO on an unsuspecting and minuscule human population. And like some superhero, there's only one who can save the day -- Godzilla.

Some may be disappointed in the slow build and lack of immediate monster action, but the human story pays off in that it diversifies the film from becoming a straight monster mash, which would be tiresome quite quickly. Through the human element, Edwards builds a detailed world around fear and dread and it really pays off.

Those wanting glorified non-stop monster action fear not: once Godzilla and MUTO go at it in the latter half of the film, the human valve is shut off and it's monster time straight to the climax. And hold tight because it's a wild, frenetic and spectacular ride.

As the lead human character Ford Brody, Taylor-Johnson does a serviceable as our eyes on the ground, moving the plot along from point-A to point-B, but it’s Cranston who is given the most emotion and substance to work with. The supporting cast is fine to watch, for sure, but they have little impact once the monsters arrive. David Strathairn's wonderful monologue from the trailer is cut. Sally Hawkins seems to have no idea what her character should do other than chase Ken Watanabe with a clipboard. Watanabe, as a scientist obsessed with Godzilla, is the only character to understand why everything is happening and he adds some depth to what could otherwise be an underwhelming character. Elizabeth Olsen does a decent job turning on the water works; she's either in tears or a nervous wreck in all her scenes.

The special effects are tops, paying homage to the campiness of the golden age of visual effects as well as impressing for today’s audiences. “Godzilla” is also heightened by a monstrously gripping and pulse-pounding score by Alexandre Desplat, who weaves the vengeance of the prehistoric monsters with the despair of their victims.

“Godzilla” is an involving and emotional – and often frightening – adventure. Edwards and company have fashioned a solid, well-crafted and mature romp that is certainly not to be missed on the big screen. (IMAX if you can.)