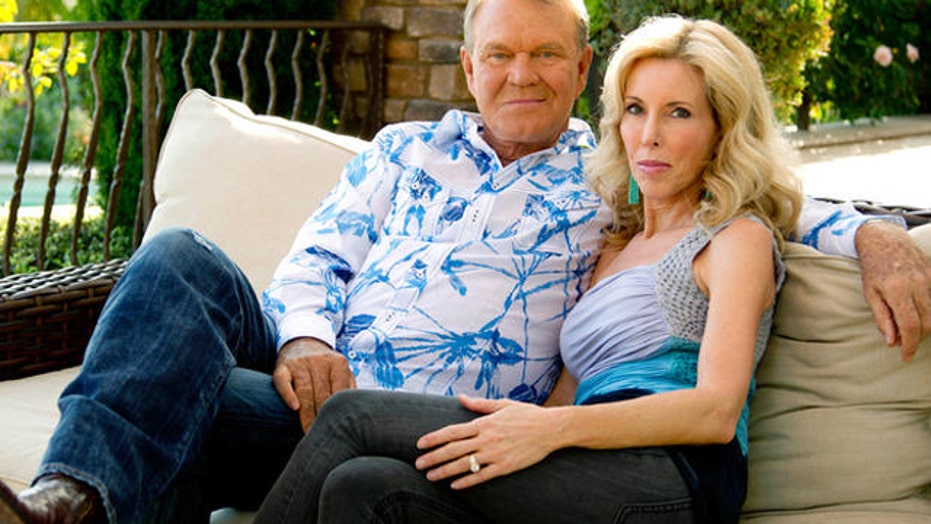 Glen Campbell announced plans to release his final studio album, six years after the country singer was diagnosed with Alzheimer's.

"Adios" will cap of the singer's more than five-decade long career and will include songs Campbell has always wanted to share but never got around to recording.

The 80-year-old recorded "Adios" in Nashville following his 2012 "Goodbye Tour" which he embarked on after he was first diagnosed with Alzheimer's disease.

"Glen’s abilities to play, sing and remember songs began to rapidly decline after his diagnosis in 2011," the singer's wife Kim Campbell said in a press release. "A feeling of urgency grew to get him into the studio one last time to capture what magic was left. It was now or never."

The 12-track album will include songs from Campbell's longtime collaborator Jimmy Webb and a new version of his famous song "Postcard From Paris" with Campbell's children Cal, Shannon and Ashley singing the line, "I wish you were here."

"What you’re hearing when listening to 'Adiós' is the beautiful and loving culmination of friends and family doing their very best for the man who inspired, raised, and entertained them for decades – giving him the chance to say one last goodbye to his fans, and put one last amazing collection of songs onto the record store shelves," Kim Campbell said.

Campbell's health has deteriorated greatly since his 2011 diagnosis. His wife revealed in March that the singer can no longer play guitar and struggles to sing.

In an interview in April, Kim Campbell said, "Faith has always been the central part of our relationship. I’m so pleased that as Glen has entered the later stages of this illness, it’s evident that he has retained his awareness of God. That really comforts me to know that he has that sense of God’s presence in his life, that he’s not alone."