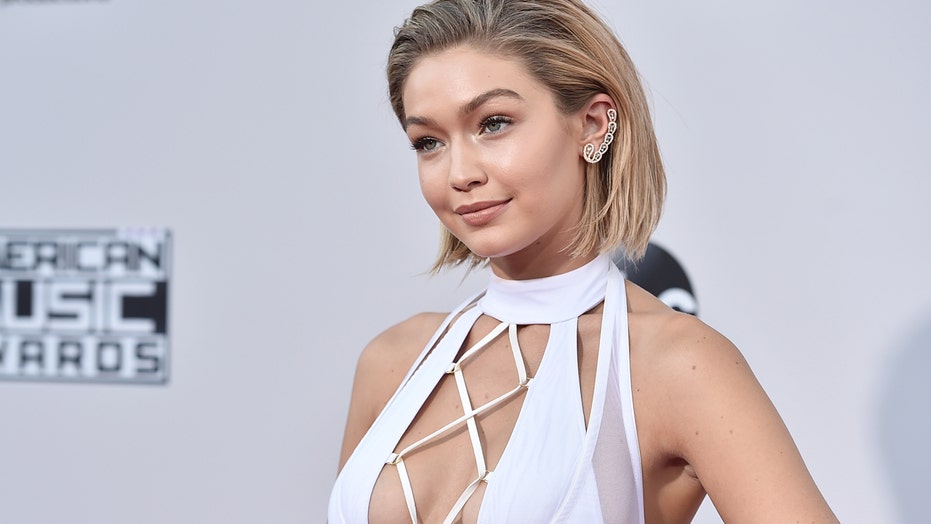 Gigi Hadid is more than comfortable with her body.

The 21-year-old model poses topless for Allure magazine's December issue, while riding a horse named Zulu. Clad in nothing but her undies, Gigi's long curls strategically covered her.

Shot by famed fashion photographer Patrick Demarchelier, Gigi also appears topless on the cover, while draping a lacy sheer pink dress over the front of her body.

Gigi gets candid with the magazine about everything from her mother, former "Real Housewives of Beverly Hills" star Yolanda Hadid, and Yolanda's highly publicized struggle with Lyme disease, to her appreciation for her often shirtless boyfriend, Zayn Malik.

"Yeah, that's not hard to look at," she admits about the former One Direction singer. "I'll never complain about that."

Gigi says she's wanted to be a model since she was a child, and of course, was influenced by her mother, who's a former model. Gigi gets emotional when talking about Yolanda's battle with her disease, particularly, when her mother couldn't come to her volleyball games growing up because "the light and sound really got to her."

"She tried to be a power mom," Gigi recalls.

These days, on her rare off time, Gigi says she watches TV and cooks with Zayn. She also tries to maintain her fierce independence.

"I have security at the right times, but I also like to walk down the street by myself," she says about dealing with her level of fame. "I'm a Taurus; I'm hardheaded."

"I always want to prove myself and to let people know I'm a good person," she adds, referring to some criticism she receives that she owes her career to her privileged family background. "A lot of people don't realize they're typing this stuff, and that's a lot of negative energy -- regardless of whether we see it or not. People just don't realize the power of their judgment."

ET spoke to Gigi earlier this month, when she again gushed about her beau.

"We were both talking about [the fact that] we'd never actually been on a first date until each other," she dished of her relationship with the "Pillow Talk" singer. "I met him once before and he is obviously so gorgeous, but really the way we could have conversations and... we're really interested in the same things, so it was really easy. So that was amazing."