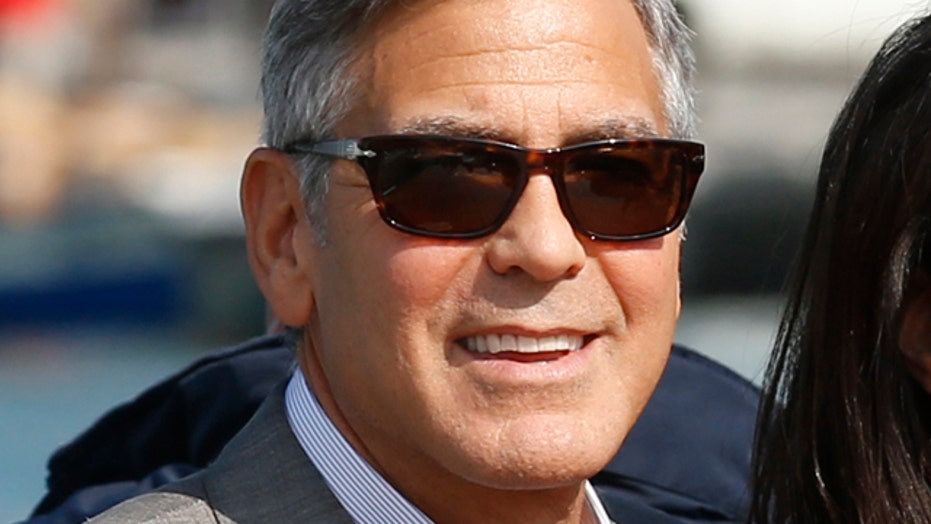 Clooney slams Hollywood for not pushing back against hackers

There are good friends, there are great friends, and, apparently, there is George Clooney.

Rande Gerber, a businessman and longtime friend of the actor, told MSNBC’s “Headliners” that Clooney once gave 14 friends $1 million each and paid their taxes for a year.

"There's a group of guys that we call ‘The Boys.' George had called me and ‘The Boys' and said, ‘Hey, mark September 27, 2013 on your calendar. Everyone's going to come to my house for dinner,” Gerber recalled.

Gerber said he and “The Boys” arrived at Clooney’s home to find black designer luggage bags at each place setting on the table. When they opened the bags, they found “a million dollars in 20 dollar bills,” E! News reported.

“George begins to say, ‘Listen, I want you guys to know how much you’ve meant to me and how much you mean to me in my life,” the 55-year-old said. “‘I came to L.A., I slept on your couch. I’m so fortunate in my life to have all of you and I couldn’t be where I am today without all of you. So, it was really important to me that while we’re still all here together, that I give back. So I want you all to open your suitcases.’”

George Clooney and Rande Gerber, who is married to Cindy Crawford, have been longtime friends. (Reuters)

Gerber said some of their friends were going through a difficult time, including one who was working at a Texas airport's bar trying to make ends meet for his family. Gerber recalled pulling Clooney aside and refusing to take the generous gift, but the 56-year-old actor then replied: “I’m just going to make one announcement. If Rande doesn’t take the million dollars, nobody gets it.”

Gerber, who is married to Cindy Crawford and a part-owner of Casamigos Tequila Company with Clooney, took the money and donated it to charity.

Clooney has two 6-month-old twins with Amal Clooney. They also recently showed their generosity by handing out noise canceling headphones on a flight to England, apologizing for their twins for crying, Page Six reported.