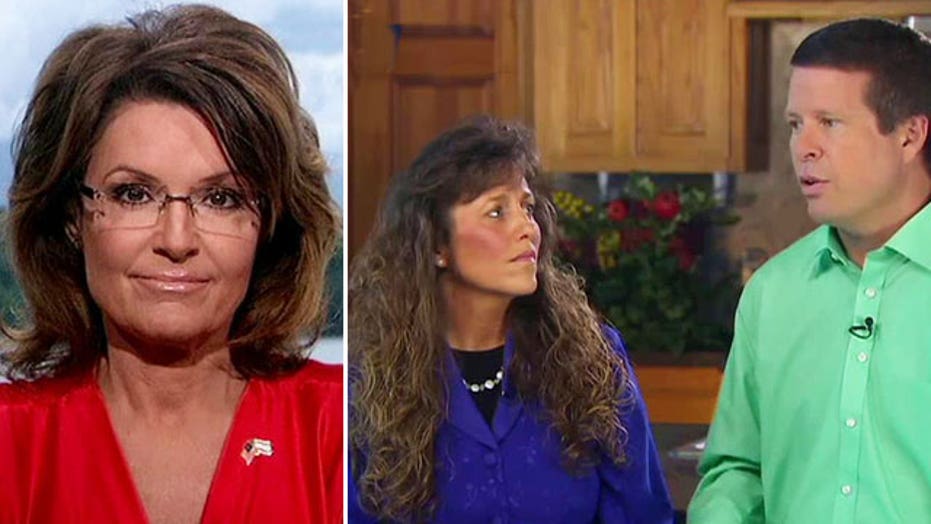 Former Alaska governor sounds off about the controversy on 'Hannity'

The road to the White House has famously been littered with candidates who’ve dominated headlines, for better or worse — and PBS is bringing them back with the new documentary “16 for ’16” (working title).

Sarah Palin, Gary Hart, Ross Perot are among those who will be featured in the multi-part series, which spotlights presidential and vice-presidential candidates whose campaigns may not have been successful, but earned a place in the history books.

The documentary, which is produced by OZY Media, will be presented in 16 30-minute weekly episodes leading up to the presidential election in November. The announcement was made Monday at the Television Critics Association press tour in Pasadena, Calif.

“Every four years, we are introduced to a group of individuals with their own aspirations to leave a mark on the history of our country,” said Beth Hoppe, PBS’s chief programming executive. “ ’16 for ’16′ revisits the most compelling stories from previous elections to demonstrate how every U.S. presidential election is a reflection, and an inflection, of those that came before it.”

“As a lifelong political junkie, I’m thrilled to have the opportunity to study these fascinating men and women who dare to say they have what it takes to be the leader of the free world,” said Carlos Watson, founder of OZY.com and host of the series. “We hope people will walk away from this series feeling invigorated and engaged as we gear up for the 2016 election.”

“16 for ’16” is directed and produced by Cameo George and Alan Chebot of OZY Films for PBS.