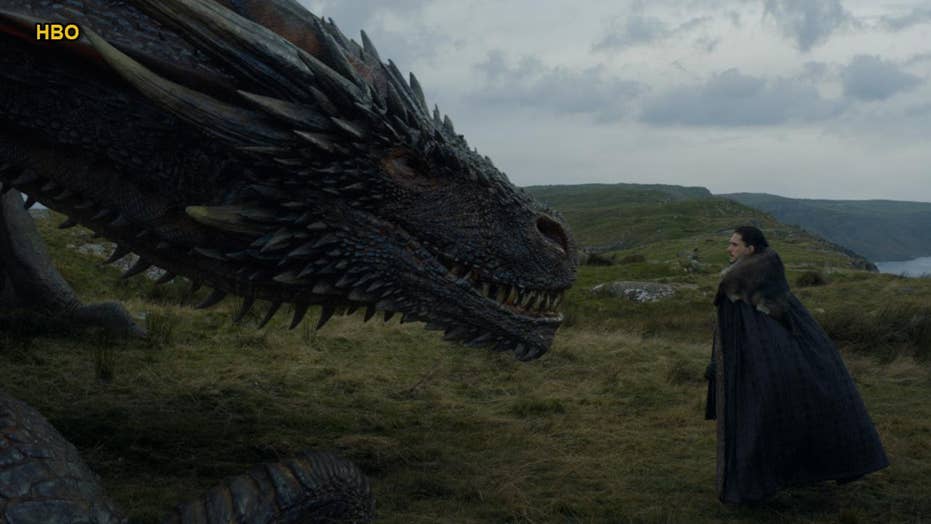 'Game of Thrones' recap: No turning back for Jon Snow

Fox411: As the army of the dead get ever closer to The Wall, battle lines were drawn, heroes united and a long-lost character made his triumphant return in 'Game of Thrones' season 7 episode 5, 'Eastwatch'

The good news, Gendry isn't rowing anymore! The bad news is he was drafted into Tyrion and Snow’s ridiculous plot to capture a white walker for Cersei for some inexplicable reason. Expect the major focus of next week to be on Jon's excursion beyond the wall, without his direwolf, horses or his dragon glass weapons. Yep, just out there walking. Here are a few more things that may come to light.

Sam went full 'Take this job and shove it' on the archmaester and the Citadel, despite the fact it was tailor-made for him to be there forever with Gilly. But, Gilly revealed some pretty important information regarding Rhaegar's marriage to Lyanna Stark, making Jon Snow the rightful heir to the Iron Throne. The question is where is he off to next? The best guess is north to help Jon at Winterfell because that’s where everyone is headed these days. Upon his arrival he will have much to discuss with Brandon Stark as well as, no doubt, learning about the fate of his brother and father.

2. The Many Faces of Littlefinger

While it looks like Littlefinger is pulling the strings between Arya and Sansa, as he usually does, he doesn’t know about Arya’s habit of disguising herself as other people. One of those people will perhaps be her own sister in an effort to get him to admit his plans for her and the Iron Throne. But, this is "Game of Thrones," and these are the Starks. Things don’t usually work out too well for any of them.

3. Who’s Not Coming Back

Jon’s excursion is the perfect excuse to bring Uncle Benjen back into the fold. But, it’s safe to assume not many, if any, of Snow’s band make it back alive. There hasn’t been a mass wipe out of known and liked characters since the Red Wedding, and the show is acting desperate to wrap up the fates of all those pesky minor characters. Davos, Thoros, Jorah, The Hound and Tormund could all be on their way out. Expect Gendry to make it out with Snow, though. Gendry’s purpose is to make it back to Winterfell and reunite with Arya (and perhaps more).