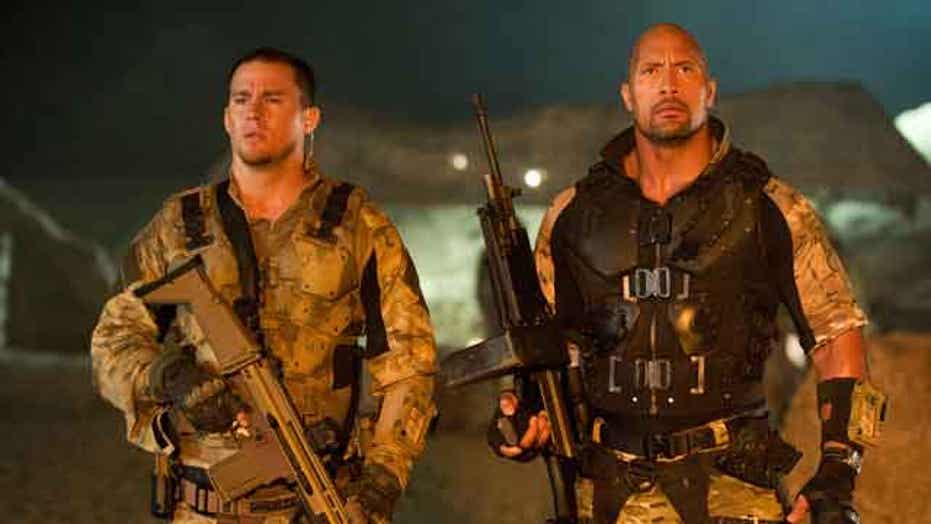 “G.I. Joe: Retaliation” is hoping you did.

The sequel erases the absurd campiness of Stephen Sommers’ original and attempts a reboot at becoming the next bad-ass action franchise, but in the end is nothing more than your average “Joe.”

Director Jon Chu helps shift the franchise’s tone to reflect Paramount and Hasbro’s other mega franchise: “Transformers.” The action sequences, though dull, mirror the grandiose and stylized visuals of Michael Bay’s films, and while this tone has certainly become the norm for action-oriented sci-fi movies, it only weighs this film down. Even though “Retaliation” is very much an improvement over the ridiculous original, it is still feels flat-footed.

Dwayne “The Rock” Johnson takes over the franchise as Roadblock, a Joe hell-bent on clearing his elite team’s name after having been framed for killing the Pakistani president and stealing nuclear weapons. Behind the setup is Zartan, a Cobra operative impersonating the President of the United States (Jonathan Pryce). Like many movie megalomaniacs, this villain is after a super-secret weapon that can destroy any Earth city from space. How Bondian of you.

For the most part, “Retaliation” is dull and generic, but there are two spectacular scenes which deserve mention. One is a breathtaking, edge-of-your seat saber fight high up in the Himalayas as Jinx and Snake Eyes fight an army of bad guys by swinging and rappelling from mountain top to mountain top. Sure there’s an abundance of CGI happening, but it is definitely the coolest action sequence of the year thus far. The other standout scene has Jonathan Pryce at a nuclear summit methodically manipulating the world leaders to destroy their nuclear arms, leaving him in control of a far superior weapon. Pryce really awakens during this scene, channeling his former Bond villain role from “Tomorrow Never Dies.”

It’s not so much the ceaseless action scenes that dull this film down, but the lack of personality from any of the characters. If anything at all should be transferred over to this film from the original, it should be that minor spark of interest from the characters. Everyone here, except maybe for Jonathan Pryce’s entertaining dismantling of the world’s nuclear weapons, sleepwalks through their scenes.

The film was originally supposed to be released last June but was delayed to undergo a conversion to 3D. The special effects are impressive even though the reasoning behind each action sequence is pointless. Sure “G.I. Joe” consists of some colorful genre-bending characters, but here they awkwardly mesh like Michael Bay detonating a Barnum and Bailey circus.

There are some stragglers from the original film here, most notably Channing Tatum, Jonathan Pryce, Byung-hun Lee and Ray Park, but “Retaliation” pretty much guts the original and unearths new characters. Adrianne Palicki and Elodie Yung join the cast as Jaye and Jinx, the Joes’ two butt-kicking women.

The most surprising cast member is Bruce Willis, who arrives half way through the film and does very little other than refer to Jaye by the wrong name. Certainly a very easy paycheck for the action star.

Since this average “Joe” follows the “Transformers” guidebook to hollow success, expect to see plenty more sequels in the future.