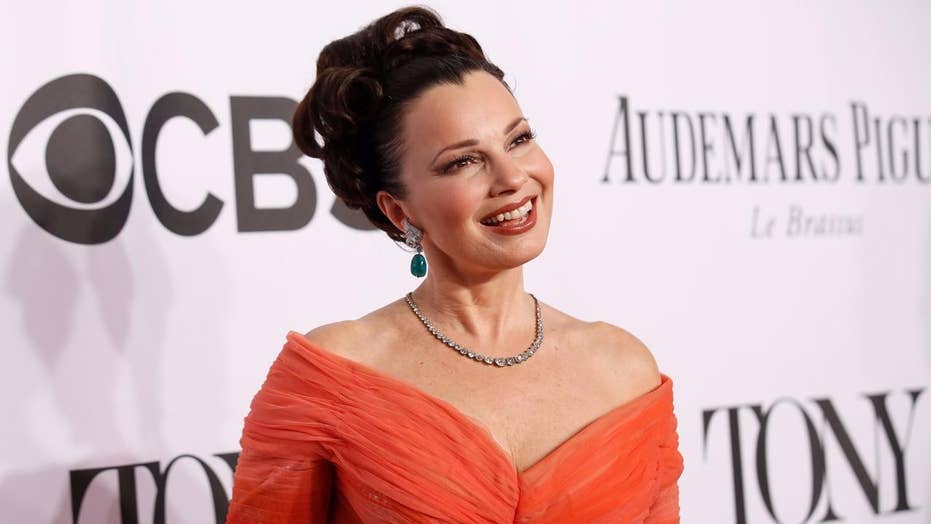 Fran Drescher opens up about battle with uterine cancer

Fox411: 'The Nanny' actress hopes to inspire people to get involved in their own personal health after being misdiagnosed and treated for another condition she didn't have

The former star of “The Nanny” and her husband of two years, entrepreneur Shiva Ayyadurai, parted ways in 2016.

“I am putting my trust in the universe that when I’m supposed to meet somebody, I will,” the 60-year-old told Closer Weekly Thursday. “I have six S’s: Sexy, smart, successful, single, straight and sane!”

Still, Drescher seems to be enjoying single life these days.

“Since the demise of my second marriage [I had to] truly learn to love myself,” she explained. “I was still trying to fill my voids through relationships, and then ultimately I’d get disappointed… I started to find who I was and become more empowered.”

Drescher was previously married to TV writer Peter Marc Jacobson from 1978 until 1999. Jacobson, with whom she co-created “The Nanny,” ultimately confessed to being gay. The actress told People Magazine in 2011 they eventually became best friends and producing partners after the breakup.

Despite the romantic setbacks, Drescher hasn’t given up on the possibility to find someone new in her life.

“I do a little bit of online dating,” she admitted to Closer Weekly. “Just recently I did, and we went out for tea. But then he didn’t say, ‘Let’s get together!’ [But] it’s ok! When guys don’t follow up, I don’t take it personally. Everything is an opportunity on my journey to self-refinement.”

But the sitcom star is keeping busy. Dresher’s latest role is that of president for the Cancer Schmancer Movement, an organization dedicated to raising awareness on the importance of early detection and prevention of the illness.

When Drescher was wrapping up the final season of “The Nanny” in 1999, she was secretly trying to find out what was wrong with her. It wouldn’t be until 2000 when Drescher found out she had uterine cancer.

“I’ve always been that person who feels like if you’re blessed with celebrity and you don’t use it for the greater good, you’re really wasting it,” Dresher told Fox News back in July.

“Patients need to transform into medical consumers because we put more time and research into the buying, selling and repairing of our automobiles than we do our own bodies, which we tend to very gladly hand over to a doctor,” she added. “I was lucky I was still in stage 1 because the cancer that I had was a very slow growing one. And I feel like I got famous, I got cancer and [now] I live to talk about it.”