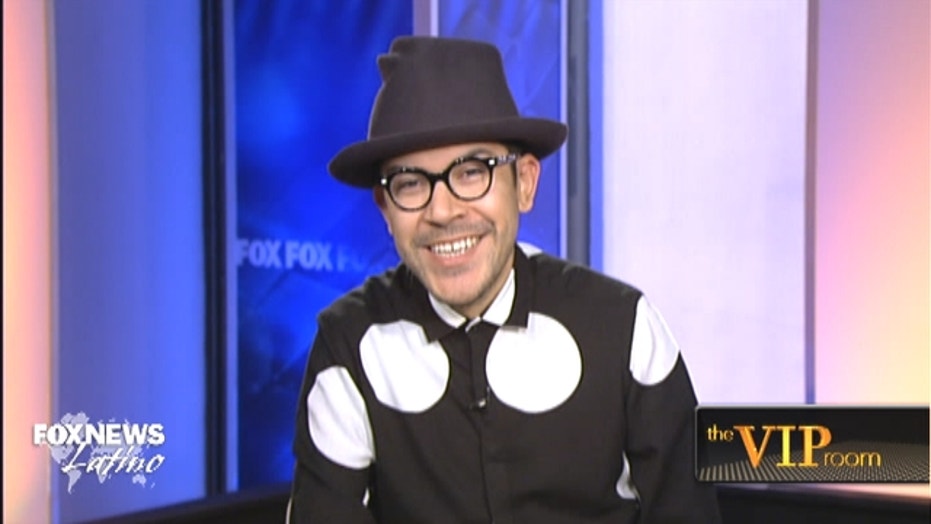 The Mexican-American designer who revealed that he was HIV-positive on 'Project Runway' is now deeply involved in Latino outreach.

New York – Mexican-American fashion designer Mondo Guerra has been breaking barriers and stigmas regarding living with HIV ever since coming out as positive five years ago on “Project Runway.”

While the 37-year-old Denver native is very open about living with HIV and how his life has changed since, it wasn't always the case.

“It was hard for me to have this revelation and tell my story because I was scared. I felt very ashamed. I was very embarrassed,” he told Fox News Latino. “When I was diagnosed with HIV, I felt like I had failed, so it was very hard for me to talk about it.”

His stint on “Project Runway” – while explaining the inspiration for the bright, bold plus-sign print on one of his designs – came at a very opportune time in his life, Guerra said.

“Being on the show was really a dream of mine, and with all the opportunities and the feedback I was getting from the judges and my peers was really challenging me to express myself further,” he said. “Being able to free myself of this burden – I was silent for 10 years – was really a pivotal moment for me, and it was really necessary to be self-engaged and to explore even further in creative endeavors.”

Guerra, who was the winner of “Project Runway: All Stars,” said the support he received after publicly declaring his HIV status was “overwhelming,” and it motivating him to take what he was doing as a form of self-expression to a different level of encouraging others to share their stories.

“My story is about HIV/AIDS. When I talk about stories I mean people being able to let go and really live their full truth,” he said. “I honestly feel we all have different journeys. We all have stories, and within that story there is a lot of power.”

He added, “And it’s really important to share your story.”

Some of his designs – including a recent collection of eye wear – has been dedicated to his family members who have supported him throughout his journey.

In the last five years, Guerra has become a strong activist for HIV/AIDS awareness, teaming up with national organizations to use his voice and designs to highlight the fight against the condition.

“Being overwhelmed by the support, it was very important for me to become this advocate and use this platform, this visibility to share a message,” he said.

One advocacy project Guerra is involved with is Project I Design with the pharmaceutical company Merck, which is aimed at helping empower people living with HIV to talk about their treatment – not just with their primary care doctors but with other members of their healthcare team.

“It’s really important to be in touch with yourself and being able to have these conversations,” Guerra said.

He has also teamed up with the Latino Commission on AIDS for its annual Cielo Latino Gala tonight – which Guerra called “a perfect match” for him because the group focused on the same thing has he does: Latino education and awareness.

“They offer a lot of different services … for the Latin community,” he said.