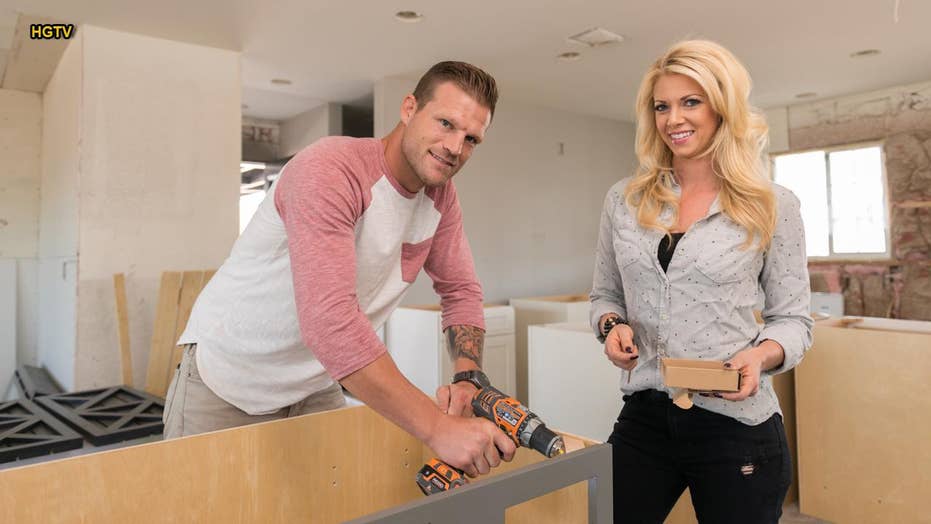 'Flip or Flop Vegas' stars promise 'no limits' in Season 2

Aubrey and Bristol Marunde promise 'no limits' in Season 2 of HGTV's 'Flip or Flop Vegas.'

NEW YORK – Bristol and Aubrey Murande were skeptical when HGTV approached them to star in a house-flipping show on the design network.

Bristol had already had a taste of TV from his time on UFC's "TUF" reality show and he was hesitant to put his personal life in front of the cameras again.

The couple eventually agreed and "Flip or Flop Vegas" became a huge success for the Murandes and the network.

"Bristol... had his fill of reality TV, and when they originally contacted us we said 'no,'" Aubrey told Fox News. "

Aubrey (R), helps Bristol (L), assemble their cabinets prior to installing them in their new kitchen, as seen on "Flip or Flop Las Vegas." (HGTV/Scripps Networks, LLC.)

The Vegas-based couple had been flipping houses since they met through a mutual friend 10 years ago.

"When I first met Aubrey, I was actually buying a house and that was our first conversation, it was about real estate," the MMA fighter told us.

Aubrey advised Bristol against the house he was eyeing, but the pair eventually settled on another property for their first flip and "made a lot of money on it."

The rest is history.

Watch Season 2 of "Flip or Flop Vegas" on Thursday nights on HGTV. (HGTV)

Season 2 of "Flip or Flop Vegas" premieres Thursday night on HGTV and the Marundes promise there are "no limits" when it comes to the upcoming episodes.

Aubrey said when it comes to her design aesthetic and the homes she and her husband flip they live by one rule: "Go big or go home."

"There's a lot of bold design a lot of color going on. Things you probably wouldn't expect to see in a flip property because everywhere else around the country you're thinking, 'Hey, I have to design this house for the end user.' And the end user in most places wants something very neutral," she said.

But when it comes to Vegas, "that's not the case."