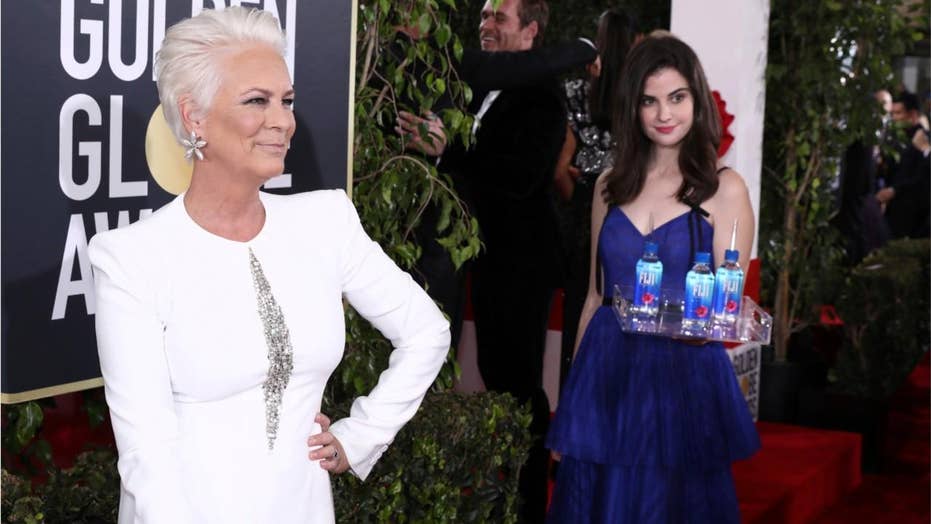 A star is born. Celebrities walking the red carpet at the Golden Globe Awards were overshadowed by a young woman holding Fiji water bottles who managed to photo bomb many stars. Check out her mastery at the photo bomb.

Rami Malek may have won big last night, but the true star of the 2019 Golden Globes was the Fiji Water girl.

The pretty brunette who photobombed a slew of stars on the red carpet, including Jamie Lee Curtis and Jim Carrey, has been identified as Kelleth Cuthbert, a Los Angeles-based model, The Daily Mail reports.

Cuthbert's impeccable ability to get herself into so many photos and TV shots wasn't lost on Golden Globes viewers.

Cuthbert told the Los Angeles Times that her photogenic nature isn't an accident.

She also quipped to The Cut that her sometimes ominous-appearing photobombs were "calculated."

Fiji Water itself seemed to be in on the joke.