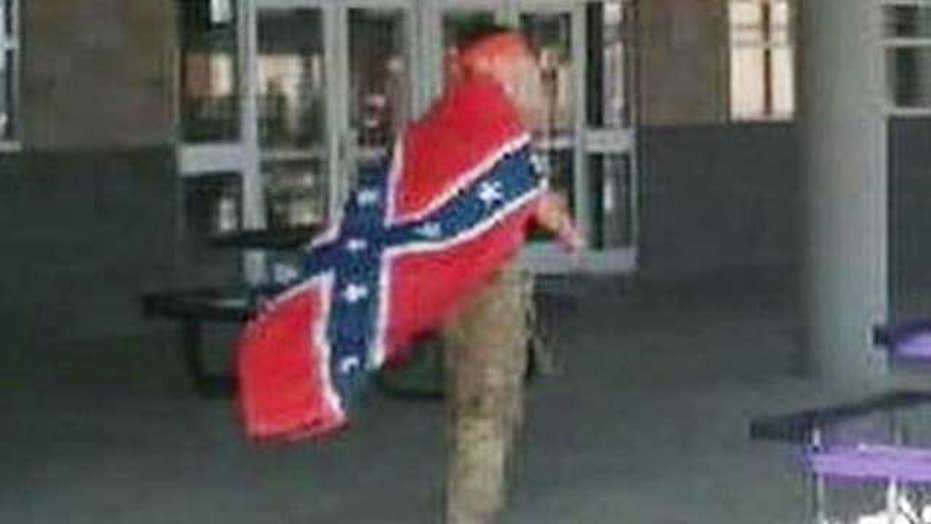 The U.S. Department of Education plans to investigate a controversial "Redneck Day" celebration two months ago at an Arizona high school.

One Queen Creek High student wore a Confederate flag during the May 1 event, which was inspired by the popular A&E show "Duck Dynasty." Civil rights activists say that created a racially hostile environment.

The Rev. Jarrett Maupin says the DOE will "determine the remedy, including moderating conversations between school administrators and civil rights community leaders to shape new policy and racism prevention measures."

The DOE's Office for Civil Rights says "the display of the Confederate flag concerns rights protected by the First Amendment."

But it also says in a letter that the investigation's scope "will be limited to whether a racially hostile environment was created due to language and actions that were not protected by the First Amendment."

The day was supposed to prompt kids at Queens Creek High School to dress like members of the reality show cast, but instead it was seen as offensive when students arrived at the school in stereotypical clothing.

Still, some students and local families were offended by the dress-up day, something Lindsey apologized for shortly after the incident.

Lindsey said that the student wearing a confederate flag was pulled aside and asked to change clothes.

“It was no ill intent,” Lindsey told the Arizona publication. “We apologize to any people who, because of the word (redneck), were offended,” he said.