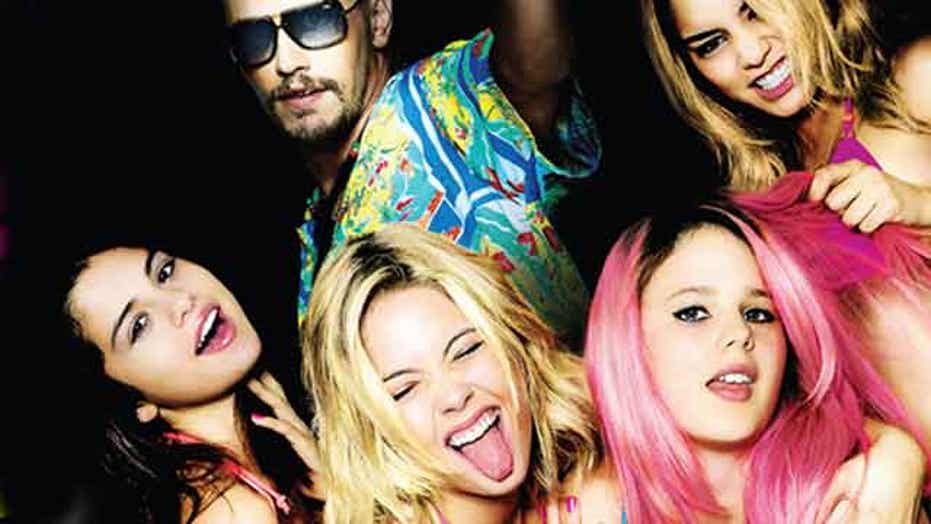 NEW YORK – Cinderella and Snow White may want to cover their eyes because former Disney princesses Selena Gomez and Vanessa Hudgens are acting anything but G-rated.

Gomez and Hudgens star in a coming of age flick "Spring Breakers,” which breaks the formerly squeaky clean child stars out of their Disney images into out-of-control women doing body shots and threesomes, all while flashing lots of flesh.

Growing out of their kiddie roles has always been a trick for child stars, with other Mickey Mouse alums like Britney Spears and Miley Cyrus doing as much off the screen to distance themselves from their innocent pasts as they do on.

So will "Spring Breakers" be the springboard into more adult roles these Disney stars crave?

“It’s a bold choice," Star Magazine's deputy editor Matt Coppa told FOX411's In the Zone. "The verdict is still out whether or not it will work, but it will give them some indie credit, and it’s getting a lot of buzz and critical acclaim thus far."

Laura Leu, Senior Editor of Maxim Magazines, agrees that young actors have to show an edgier side in order to be taken seriously in their careers.

“I don’t think Disney stars need to binge drink and wear bikinis to necessarily change their image, but it definitely helps. I mean America is sort of the overprotective dad of these kids and we want them to stay young forever and the only way for them to get out there is to sort of rebel and take these roles that are, show nudity or where they’re drinking," said Leu. "It sort of helps us see them in a new light."

Our In the Zone experts agree that taking on adult film roles is a good move, but when a young celeb acts like a hot mess in public, it’s definitely unwise.

“Justin Timberlake went from [a Disney star to] a boy bander to more harder edge music, but he always was professional in his professional life. Justin Bieber is taking it the opposite way. He seems to have a chip on his shoulder and when you try to be edgy, people can see that,” said Coppa. “Miley Cyrus is a similar example. She’s going out of her way to be cool and edgy and sexy, and people don’t really like that because it seems like she’s trying too hard.”

“I think like a regular kid, they don’t want to stay a kid forever, and so they’re going to go out and prove they are older," she said. "In the wise words of Britney Spears, they’re not a girl, not yet a woman, and they’re in that weird space where they have to do something to show that they want to be older.”

To avoid falling into the child star trap, our experts advise the starlets make wise decisions in their professional and personal lives.

“It’s really about the material you pick and how hard you work at it. It’s like any other job. If you’re good at your job, people will like to see you," he said. "If you try to be that person off the stage people are going to see right through it."