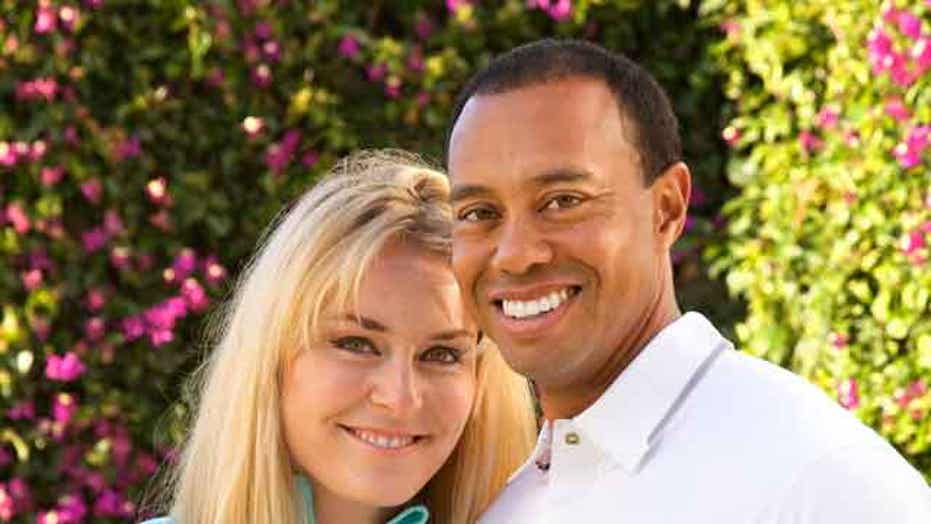 Is Tiger/Vonn a PR stunt?

Tiger Woods and Lindsey Vonn say they want their new relationship to stay private, so why can't they stop talking about it?

So is Vonn crazy for dating Woods, or are the two playing the media--and the public--like puppets?

“I think Lindsey Vonn is cuckoo for dating Tiger Woods," said Peter Davis, the Editor in Chief of Scene Magazine. "I just think it’s funny that they were seen on his boat Privacy, because it should be changed to Paparazzi, because no one is going to give them any privacy. And I think it’s a little bit questionable.”

"[It] kind of makes you wonder is this kind of publicity stunt," she said. "Certainly Lindsey Vonn is a very well known Olympic skier, but she’s not that well known. She’s not a household name, but she’s going to be, now that’s she dating Tiger Woods.”

But could Vonn's good girl image take a hit by dating a bad boy like Tiger?

“I think Lindsey dating Tiger will negatively affect her public image because she has endorsements with Rolex and huge companies," Davis said. "I don’t think anyone wants to be associated right now with Tiger Woods."

But Cascerceri said if the duo presents the image of happy couple, it could help them over time.

“If stories come out that things have happened between them, and it’s a huge argument, or there’s an incident with golf clubs, then I think this will impact her good girl image negatively," She said. "But if they kind of stay private, and people don’t really know the ins and outs of what’s going on, it may just be perceived that’s she’s, you know, a love struck, naïve girl.”

Tiger, on the other hand, has much less to lose.

“I think Lindsey Vonn is definitely going to make Tiger Woods look a lot cooler and a lot smarter and more stable," Davis said. "And I think Elin is probably happy he’s out of the picture."

“Tiger Woods can definitely stand to benefit from this," added Cascerceri. "If someone like Lindsey Vonn, who’s kind of a good girl, sweetie pie, is into him, and she’s giving him a second chance, then maybe people in the public will be willing to give him a second chance as well.”

For their best chance at love, Our In the Zone experts recommend the two stay as under the radar as possible.

“The relationship advice I have for Lindsey is run!" Cascerceri quipped. "But as a couple, the relationship advice I would give them is you know stay as private as possible. In fact, this ridiculous photo shoot they did seems very contrived to me. It doesn’t seem that their staying very private. It seems that they really want to be out there and they want people to know that they’re together, because they obviously think they stand to gain from it.”