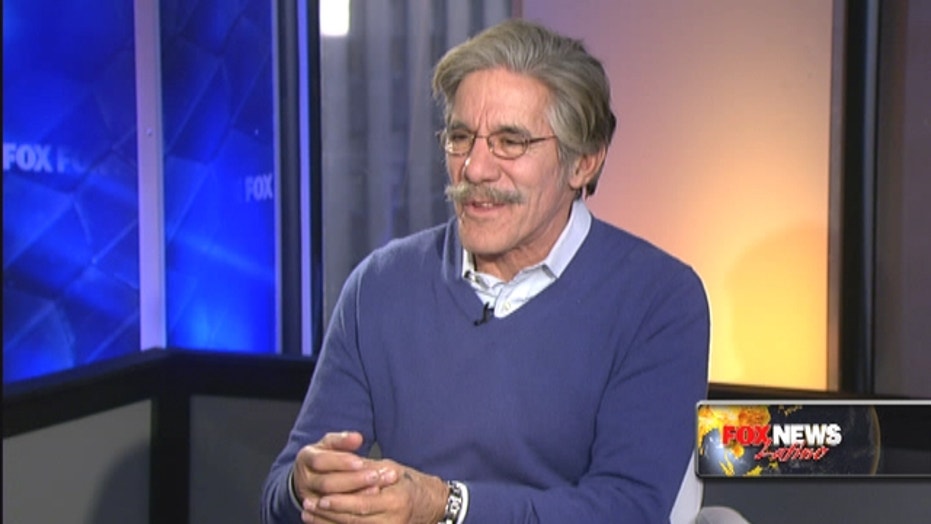 Geraldo Rivera on 'Celebrity Apprentice:' 'It's so different than anything I've ever done'

Geraldo Rivera opened up about participating in

Geraldo Rivera has made himself a top contender of this season’s “Celebrity Apprentice” and will do just about everything to make sure his team – and he in particular – takes home the top prize, including shedding his clothes.

“Seventy is the new 50 – that was my angle,” Rivera told Fox News Latino’s Maria Molina about his team’s idea of “Love Your Selfie Naked.” “The men came up with that outrageous idea. The ladies took a more traditional approach to it. They lost, we won.”

Although it’s all for a great cause, “Celebrity Apprentice” is fueled by the contestant’s ruthless behavior to get to the top and never be fired by Donald Trump. It was something that Rivera learned early on.

“It’s so different than anything I’ve ever done,” he said, adding that Ian Ziering, Kevin Jonas and Lorenzo Lamas conspired to get him out, unsuccessfully. “It is backstabbing and double-dealing and devious behavior and conspiracies… It’s like bare-knuckle business.”

Rivera gave us a little sneak peak at next week’s episode which will feature the late Joan Rivers.

“I knew Joan very well – we were in the daytime talk show business together,” he said. “She was a real trooper. During the taping of the program, she was in perfect health – feisty as ever.”

He said his longtime friend was “jokes left and right” and “insulting you with a smile on her face.”

“To see her on tape now, to be alive again… this is her last original show,” Rivera said. “You will see her just as funny as you remember her.”