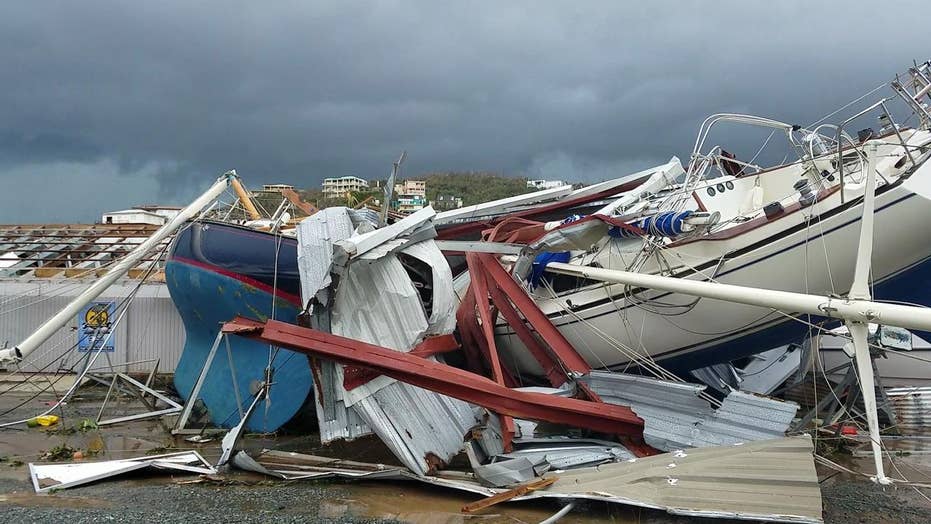 Retired San Antonio Spurs star Tim Duncan is asking for help for the U.S. Virgin Islands, decimated by Hurricane Irma just days ago, and country singer Kenny Chesney is launching a relief foundation for the islands.

Duncan, who was born and grew up in the U.S. Virgin Islands, said in The Players’ Tribune that he is donating $250,000 immediately to storm relief efforts and will match donations up to the first $1 million.

San Antonio Spurs' Tim Duncan points to the bench during a break in play against the Miami Heat in the second half during Game 3 of their NBA Finals basketball playoff in San Antonio, Texas June 11, 2013. REUTERS/Lucy Nicholson/File Photo - S1AETPGNVHAB (REUTERS)

“The people there, many of whom are old friends of mine, are suffering,” he wrote. “Weather reports say that another Category 5 storm, Hurricane Jose, is close behind. No one knows what the place will look like when the rain stops.”

Duncan was raised in St. Croix, which was crippled by Hurricane Hugo in 1989 when he was 13. He said he will charter a plane to ship supplies from San Antonio when the weather allows, and put together a team to manage the relief efforts.

“I’ve been thinking a lot about my old neighborhood in St. Croix, where I recently took my kids,” he wrote. “I showed them where I used to play with my friends when I was their age. I showed them my high school Now I’m asking myself, What will still be there after the storms?”

He added: “I’m writing this to ask for your help in the relief efforts, but I’m also asking you not to forget about islands like the Virgin Islands and St. Martin and others. The news of the storm may fade from the headlines, but there are still real people there — good people — who need your goodwill, and who will never forget your generosity.”

Elsewhere, country singer Kenny Chesney has vowed to help in any way he can “to relieve some stress from people that I’ve really grown to love over the years.”

The Nashville-based singer has a home on the U.S. Virgin Island of St. John, which he said was completely destroyed.

“It’s just simply gone,” Chesney said on HLN’s Morning Express with Robin Meade. “That place and the people mean so much more to me than my house.

“I’ve always felt that music was medicine,” he continued, adding that he has started a relief foundation called Love for Love City.