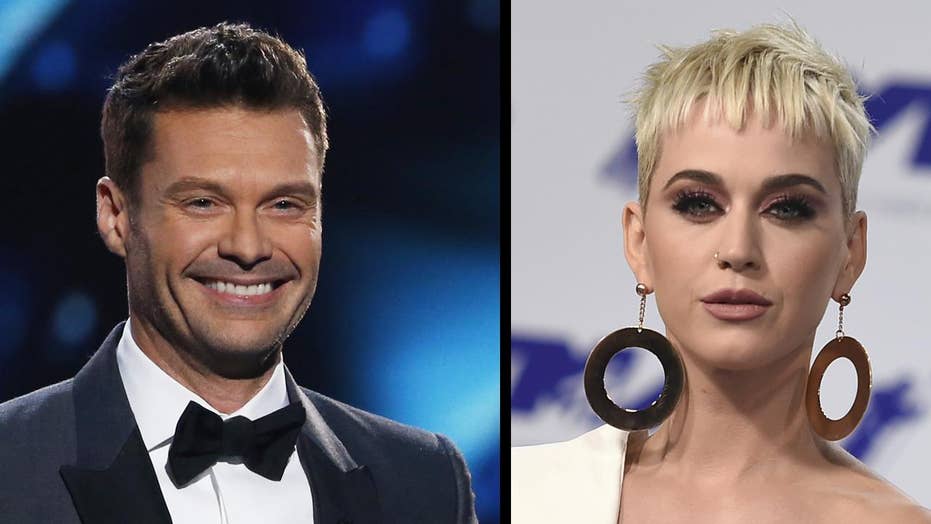 ABC’s revamped “American Idol” got clobbered by NBC’s “The Voice” on Monday night. “Idol” drew 7.7 million viewers, while “The Voice” was watched by about 10.7 million to win the night by a landslide.

In a major embarrassment for ABC, the network's hugely expensive revamp of  “American Idol” got clobbered by NBC’s “The Voice” on Monday, and lost even more viewers in the process.

The disastrous ratings come as ABC appears to be “hiding” "Idol" emcee Ryan Seacrest, whose choirboy reputation has been battered by allegations of sexual misconduct.

At the same time, the show’s superstar judge, Katy Perry, is battling poor publicity of her own, arising from a legal battle with some elderly nuns over a convent Perry wants to convert into a luxury estate. One nun, 89, recently collapsed in court and subsequently died after begging, “Katy Perry, please stop.” A second nun, 80, says the contretemps with Perry has left her broke.

“Idol” drew 7.7 million viewers on Monday night, while “The Voice” picked up 10.7 million to win the night in a landslide. “Idol” also dropped about 11 percent compared with last week, when the competitions aired head-to-head for the first time.

The success or failure of "Idol" is considered make-or-break for ABC boss Ben Sherwood, the beleaguered co-chairman of the Disney ABC Television Group. Sherwood, whose tenure has been beset by poor ratings at ABC TV and Disney's cable networks, “blew the budget” on Perry’s astronomical $25 million dollar paycheck, according to the New York Post.

“If ‘Idol’ doesn’t work, it will blow up big time in Sherwood’s face,” an ABC source told the Post.

Amid its other problems, ABC’s version of “Idol” is being criticized as “fakey” and “Disneyfied” -- lacking the judges’ withering criticism of weak contestants that was a hallmark of the showcase’s previous iteration.

The second Sunday edition of “Idol” — which aired this past Sunday — drew 7.7 million viewers and a 1.8 rating among the key demo of adults 18-49, down 26 percent and 24 percent from the premiere, according to The Hollywood Reporter.

Syracuse communications professor and “pop culture ambassador” Robert Thompson told Fox News last week that ABC executives should worry if the show continues to lose viewers at an alarming rate, as someone will be held accountable if the “Idol” revival project turns into a “very expensive, one-season experiment.”

Through it all, Disney's spin machine appears to be turned up. Some publications attributed Sunday’s ratings drop to the NCAA Tournament, while others claimed that ABC should be happy despite lackluster ratings simply because it’s doing better than other ABC content, which has struggled badly of late. ABC’s press release even touted “Idol” for tying “The Voice” among “female teens” between the ages of 12-17 on Monday night.

The original “Idol” turned Seacrest into a superstar, but fans have noticed that his role on the revised version appears to have been reduced amid sexual harassment allegations leveled by his former stylist for “E! News.” Seacrest seems to be taking a backseat to the judges, specifically  '80s pop icon Lionel Richie and country music good guy Luke Bryan.

Seacrest has vehemently denied the accusations against him, but the specifics may be hard for some viewers to ignore. Seacrest’s accuser, Suzy Hardy, has publicly come forward, accusing the star of grinding his erect penis against her while clad only in underwear, grabbing her vagina and slapping her bottom with such force that she had a large, visible welt for hours.

“’Idol’ producers and the network seem excited to treat Perry’s shtick as a joke,” the Post’s Emily Yahr wrote. (Reuters)

ABC insiders pushed back to Fox News at suggestions the network is “hiding” Seacrest, saying the episodes have not been edited to cut Seacrest’s airtime and he is hosting the show and filming as scheduled. The network sources say that Seacrest will have a more prominent role when live installments kick off in late April, as audition rounds were shot while he was busy with other projects.

Seacrest aside, the noise over Perry’s enormous $25 million salary may be proving a serious distraction. The “Roar” singer, who alienated some fans in 2016 with her aggressive campaigning for Hillary Clinton, also upset some viewers last week when she tricked an unsuspecting male contestant into kissing her on the lips. The contestant later told The New York Times that the “Idol” judge made him feel uncomfortable because he is a staunch conservative and wanted his first kiss to be special.

The Washington Post noted that the scene felt “out of place in the #MeToo era,” but that didn’t stop Perry’s flirtatious behavior. She often teases male contestants with sexual innuendo and playful comments that producers appear to have played up during post- production.

“’Idol’ producers and the network seem excited to treat Perry’s shtick as a joke,” The Post’s Emily Yahr wrote before asking, “Same with the contestants — but then, do they really have a choice?”

USA Today published a piece on Tuesday headlined, “Katy Perry is dragging down ‘American Idol,’” that notes “it's clear that the pop star's vibe is just wrong for the show.”

“There’s nothing cute about how inappropriate Katy Perry is with the male contestants,” a frustrated viewer wrote on Twitter, while another added, “Perry really needs to tone it down and fast if this show is to survive. She acts more like it’s a dating site.”