Elton John has some harsh words for Janet Jackson.

The 68-year-old musician took a dig at Jackson in a new Rolling Stone interview, seemingly referencing positive reviews of the performer's live show.

"You know, f--king music magazines writing a review of Janet Jackson saying, 'This is the greatest show – four and a half stars,' Elton laments. "It's f--king lip-synced! Hello! That's not a show! I'd rather go and see a drag queen. F--k off."

The "Tiny Dancer" singer further went on to say that U.S. media tends to treat its celebrities with kid gloves.

"Americans sort of think of their stars as royalty and give them an easy ride," he said. "Elvis Presley would never have happened in England because he wouldn't have been able to hide away."

MORE: Janet Jackson Refutes Claims That She Has Cancer

Elton also addressed fatherhood in the candid interview, explaining that while he was initially reluctant, deciding to become a parent to his two sons, Zachary and Elijah, with husband David Furnish, was "the best decision."

"I always said no to having kids, because I'm too old, too set in my ways, too selfish, the lifestyle doesn't suit me," Elton explained.

Meanwhile, Janet recently rescheduled her "Unbreakable" tour dates after being forced to postpone while recovering from surgery. 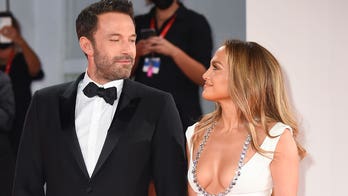